Menthol and ‘skinny’ cigarettes to be banned

Anasayfa » News In English » Menthol and ‘skinny’ cigarettes to be banned

A ban is set to come into force this year affecting a number of cigarette products. Menthol and so-called skinny cigarettes will be outlawed along with rolling tobacco in May in a bid to deter young people from smoking. 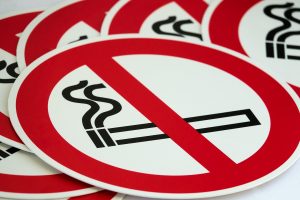 Experts have said that menthol cigarettes make the habit more appealing, removing the severity of the smoke by relaxing the airways. The plans were announced in May 2016 and is part of an EU directive, but still applies to the UK despite Brexit.

Deborah Arnott of Action on Smoking and Health said: ‘Research shows that menthol in cigarettes makes it easier for children to try smoking and to go on to become addicted smokers.

‘Getting rid of menthol cigarettes will reduce the likelihood of young people taking up smoking, and make it easier for smokers to quit. It’s disgraceful that Imperial Tobacco is trying to undermine the ban by selling cards which infuse menthol into cigarettes.

‘This breaks both the spirit and the letter of the law, which bans the use of technical features allowing the consumer to modify the smell and taste of tobacco products.’

Nine police officers fined for breaking Covid-19 rules
Nine Metropolitan Police officers have been fined for breaching Covid-19 legislation while on duty. Photos shared online earlier this month showed a group of uniformed officers seated at indoors having their breakfast together in South East London. The passer-by took a snap of the officers as they sat indoor on...
0