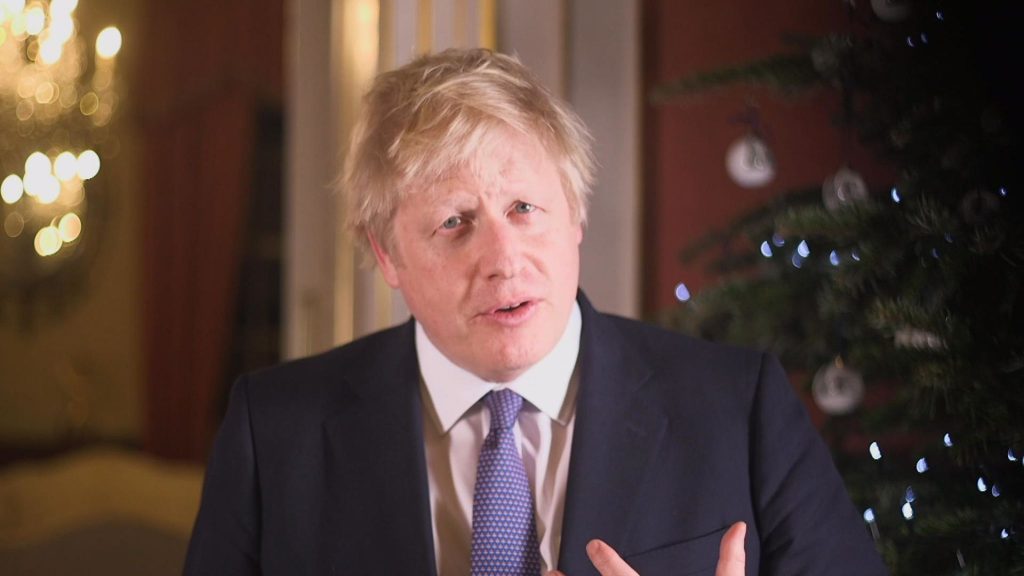 Boris Johnson has paid tribute to NHS staff and other public servants working through the holidays in his Christmas messages to the public.

The Prime Minister began his video with a jaunty: “Hi folks, Boris Johnson here, taking a moment to wish you all a merry little Christmas”.

In his message Mr Johnson, who will be spending his first Christmas as PM in Downing Street with his girlfriend Carrie Symonds, thanked those in the NHS, the police and other public services who are working over the holiday as well as military personnel on deployment with the armed forces.

He said: “On behalf of the whole country, I want to say a huge thank you to our amazing NHS staff, many of whom will be working throughout the holidays to take care of us.

“Thank you also to our police, and all those public servants working tirelessly this Christmas.

“I also want to express my personal gratitude to the wonderful members of our armed forces currently on deployment – and therefore to their friends, family and children back home who will have an empty chair at the table when they tuck in to their Christmas dinner.”

Mr Johnson signed off breezily, urging people to enjoy the next few days, adding: “Try not to have too many arguments with the in-laws – or anyone else.”

In his own address, Labour leader Jeremy Corbyn reflected on his catastrophic general election defeat while expressing his hope for a “better world”.

Mr Corbyn said it was a time of year the when “the scale of injustice and inequality is in very plain sight”.

He praised those working in food banks and emergency shelters, helping the less fortunate.

“While we celebrate being together, we are reminded of the many who will be alone and sadly lonely at Christmas,” Mr Corbyn said.

Mr Johnson spoke of the Christians around the world who were facing persecution for their beliefs. “For them, Christmas Day will be marked in private, in secret, perhaps even in a prison cell,” he said.

“As Prime Minister, that’s something I want to change.

“We stand with Christians everywhere, in solidarity, and will defend your right to practice your faith.

“So as a country let us reflect on the year, and celebrate the good that is to come.”