The Prime Minister of the Turkish Republic of Northern Cyprus (TRNC) visited Londra Gazete before he returned to North Cyprus. 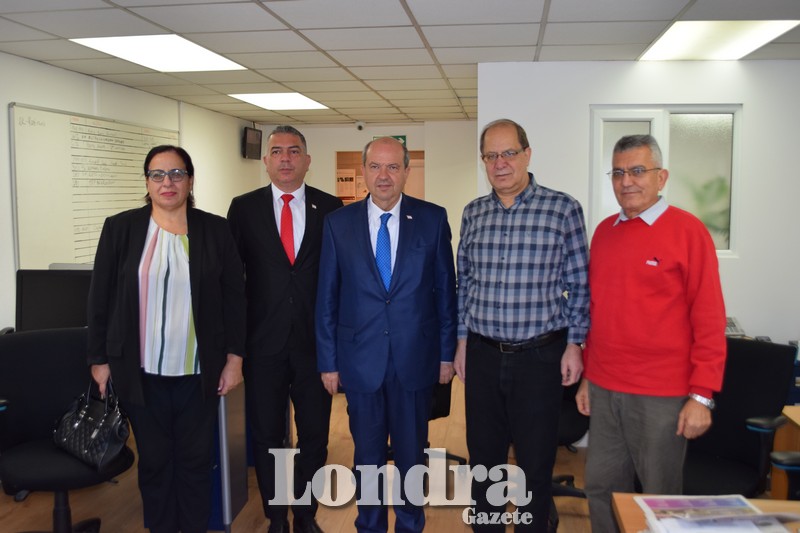 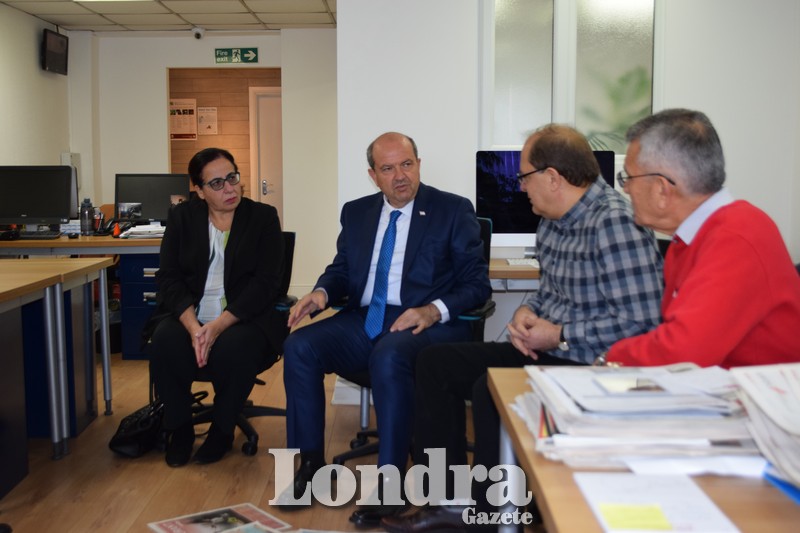 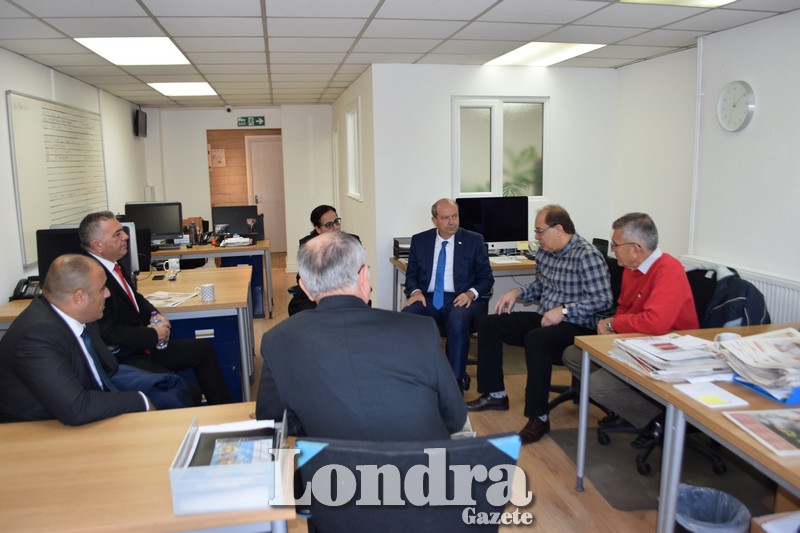 Talking about the issues Turkish Cypriots face in the UK, Tatar spoke of the importance of unity and solitary within the UK and ensure that the contact and relationships between the community living here and in North Cyprus continue and becomes stronger. 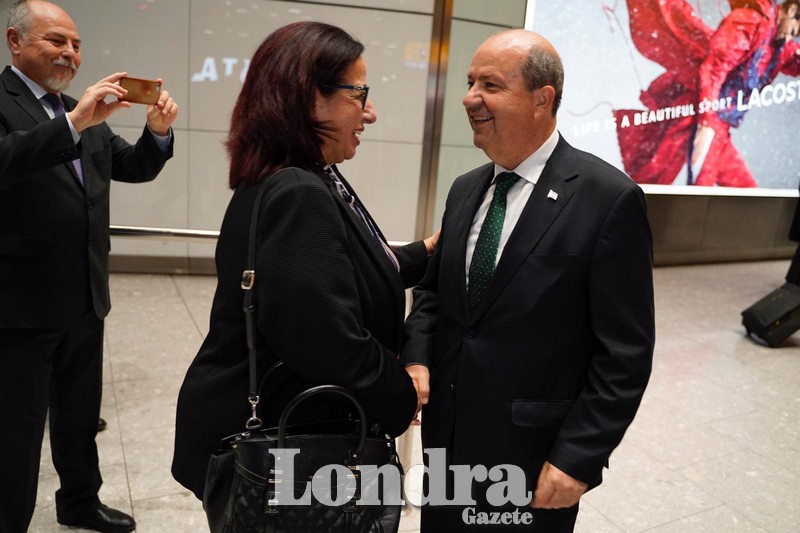 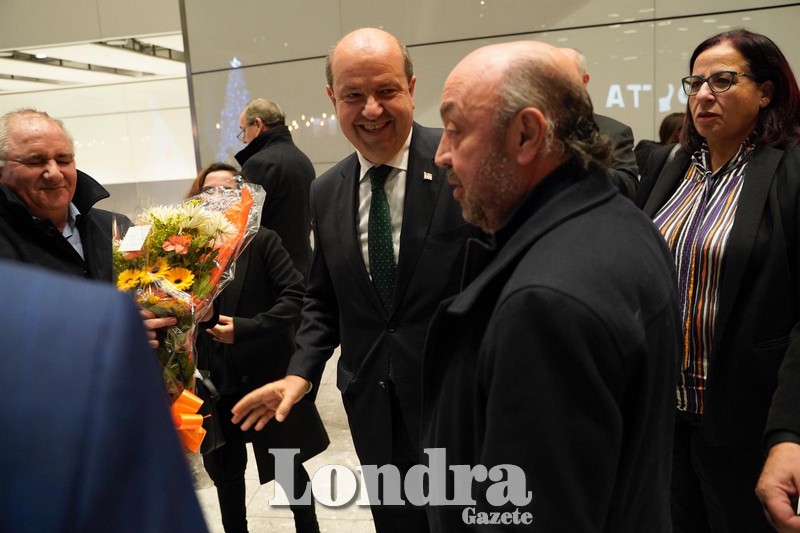 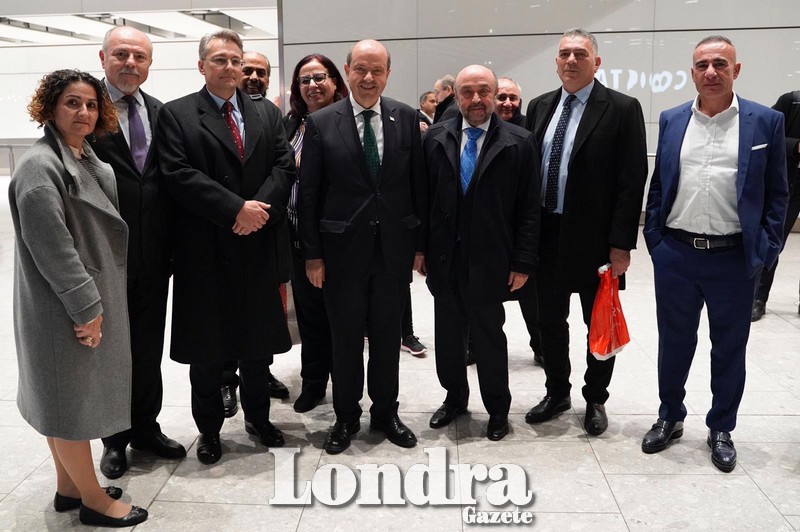 On Friday morning (29 November) Tatar held a press conference at the TRNC Representative Office, speaking to press he spoke about spoke to the Cyprus issue, Tatar touched on the recent talks between the Cypriot leaders and the UN Secretary-General in Berlin saying “We, as the government, do not think that any progress has been made in the meeting. We would like to emphasize that alternative ideas must also come to the table. The federal solution is no longer a hope.”

Tatar said that Northern and Southern Cyprus should be in ‘good neighbourly relations side by side. There is peace on the island now. Peace came in 1974. What’s missing is the deal. Let’s sit down and talk to the agreement…” 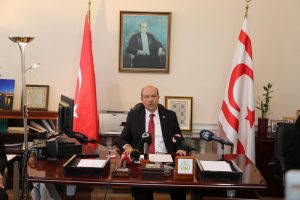 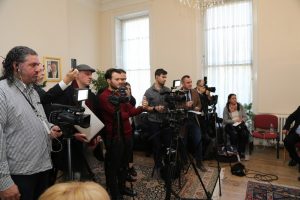 Speaking about the TRNC presidential candidacy, Tatar said, “UBP is the most established party of the TRNC. According to the polls currently have more than 40 percent of the vote. Our organization says the UBP should nominate its own candidate. The UBP Party Assembly will make the best use of it. The result will be clear within the next 1 month.”

Later in the afternoon Tatar met with community representatives and associations invited to the TRNC Representative Office and listened to the problems and issues of the society living in the London.

That evening a public meeting took place at in North London sponsored of AKOL GROUP and the organization of Turkish Community Football Federation. speaking at the event Tatar touched on his life and education here in London and the UK before I moved to Turkey and the later to North Cyprus. “The contributions for the youth in England are valuable. Regardless of one’s opinion, it is necessary to continue to work together to serve youth, sports and culture through collective struggle in unity and solidarity. ” Tatar stressed that the Turkish Cypriots in London and the TRNC are connected to each other by the unity of heart. Tatar said, “We all have a state and its name is TRNC. This is the foundation of the TRNC and we all have labour. To remember, to tell, to be proud of ourselves is the most natural right of all of us. We have to overcome these dangerous roads with the belief of keeping our state alive”

On Saturday 30 November Tatar visited our office before he’s flight back to North Cyprus.