Electric cars could be given green number plates 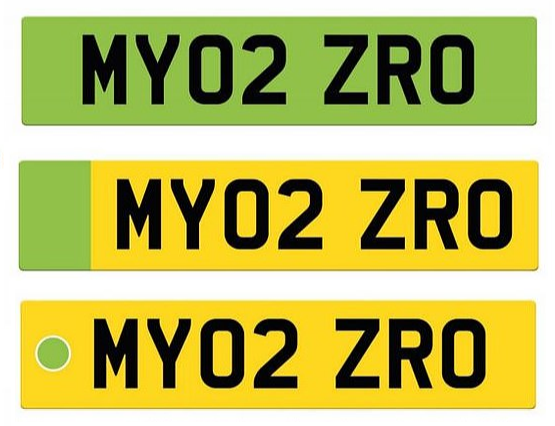 Drivers of electric cars could be given green number plates that allow them to use bus lanes and park for free.

The scheme is part of a £1.5 billion drive to boost sales of electric vehicles.

Town halls will be encouraged to grant incentives to cars with green plates, such as free or cheaper parking. Three designs are being considered, the most radical of which is an all-green plate. 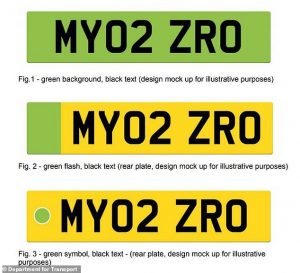 If approved, it will be the first major change in plate design since 1969, when silver-on-black plates were replaced with today’s yellow and white reflective versions.

The other two proposed designs feature a green stripe and green dot on the traditional plate.

Ministers have launched a 12-week consultation on the plans with a view to introducing green plates within 12 to 18 months.

Transport Secretary Grant Shapps said: ‘The UK is in the driving seat of global efforts to tackle vehicle emissions and climate change and improve air quality, but we want to accelerate our progress.

‘Green number plates are a really positive and exciting way to help everyone recognise the increasing number of electric vehicles on our roads.’