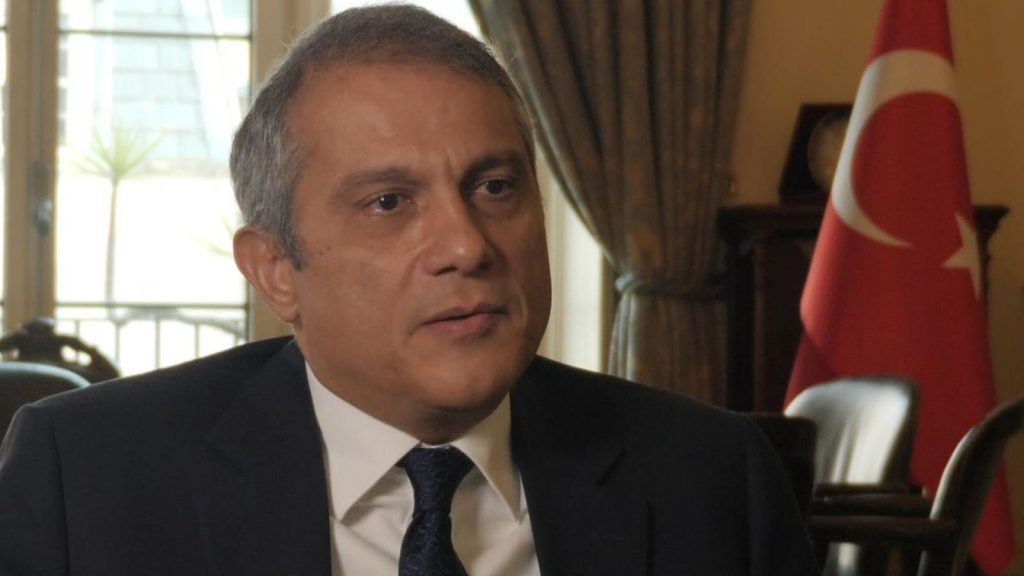 The Turkish Ambassador to the UK Ümit Yalçın has been talking with the British National TV and Media outlets regarding Turkey’s military Operation Peace Spring in north-eastern Syria, after US troops pulled back from the border.

Yalçın this week has been speaking with news outlets; BBC 2, Sky News and Channel 4 regarding Turkey’s military operation in video interviews.

Talking to BBC 2 Newsnight Yalçın spoke of the aim of the operation saying: “The objectives of this operation, our aim, is to ensure the safety of our border and to naturalise the terrorists in our border area and thus saving Syrians” saying Turkey wants to create a “safe return” for Syrian refugees.

Speaking with Channel 4 when asked about the lack of ‘enthusiasm’ from Turkey’s Nato allies regarding Operation Peace Spring he said: “Our allies should support us and show solidarity with us… the Turkish board is also a European security border, Nato border. Whatever we have done so far for solving the Syria conflict in political areas, in the humanitarian areas and in counter-terrorism we have made a tremendous contribution not only to save border but for the European continent.” 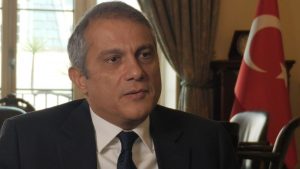 Speaking with Sky News Yalcin spoke of Turkey’s operation plan explaining that: “We have warned and advised our allies many times in the recent years that eliminating one terrorist group by another terrorist group is wrong and dangerous. We a million times explained the situation. But especially the Americans didn’t listen to our warnings and advice.”

Turkey has long expressed its plans to launch a military operation in SDF-held territory to create a 32km (20-mile) deep “safe zone” running for 480km (300 miles) along the Syrian side of the border.

It wants to push back members of the fighter groups and militias along this region which Turkey classes as ‘terrorist organisation’. Turkey also hopes to resettle at least 1 million of the 3.6 million Syrian refugees it is currently hosting in the zone.

On 6 October, Turkish President Recep Tayyip Erdogan spoke with US President Donald Trump via phone and said that a cross-border operation would “soon be moving forward”, the White House said. Mr Trump responded by saying US troops based in the area would not support or be involved in the operation, and would withdraw, it added.

The SDF reacted angrily to Mr Trump’s decision, warning that an “unprovoked attack” by Turkey would “have a negative impact on our fight against [IS] and the stability and peace we have created in the region”.

One major concern for the international community is the fate of thousands of suspected IS prisoners, including many foreign nationals, being guarded by Kurdish-led forces in the region. The SDF says that it is detaining more than 12,000 men suspected of being IS members in seven prisons. At least 4,000 of the prisoners are foreign nationals.

Mr Trump told Mr Erdogan that Turkish troops would be responsible for securing detained IS fighters in areas they captured, according to the White House. The SDF has said its fighters will continue to guard the prisons and camps, but there is a concern they could be called away to other areas or be forced to flee if attacked.