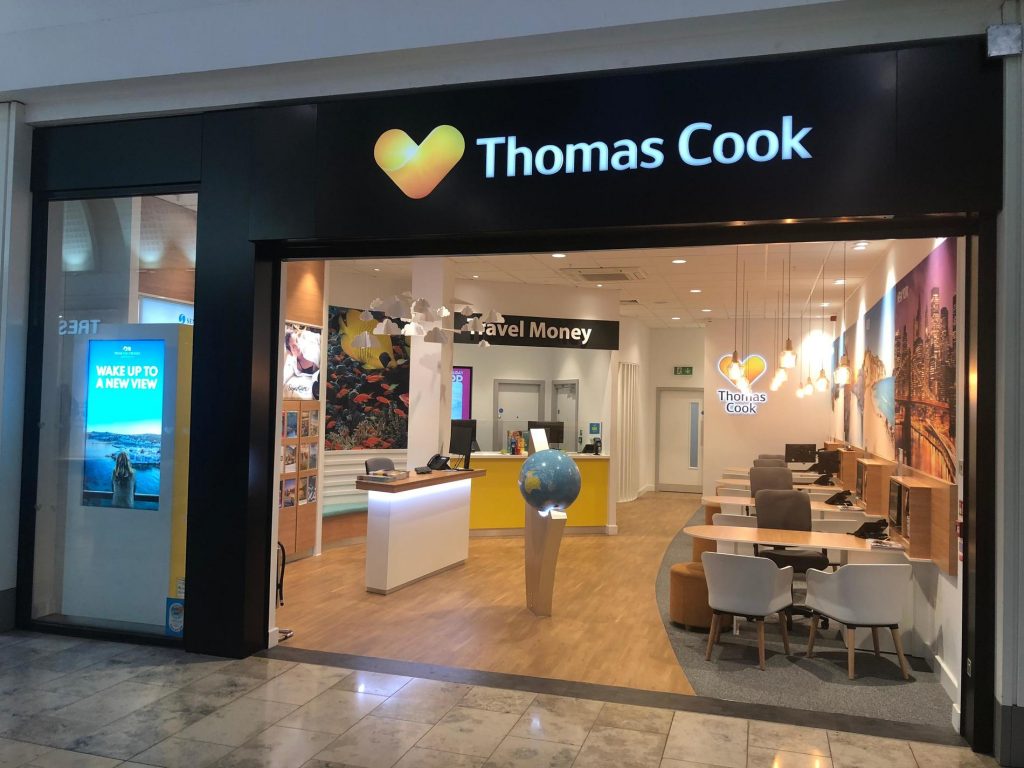 It has also triggered the biggest ever peacetime repatriation, aimed at bringing more than 150,000 British holidaymakers home.

Commenting as the company entered compulsory liquidation, Mr Fankhauser also apologised to the firm’s “millions of customers, and thousands of employees”.

One of the world’s best-known holiday brands, the business was founded in 1841 in Leicestershire by cabinet-maker Thomas Cook.

BBC transport correspondent Tom Burridge said 16,000 holidaymakers were booked to come back on Monday. Authorities hope to get at least 14,000 of them home on chartered flights.

The government has chartered 45 jets to bring customers home and they will fly 64 routes on Monday, in an undertaking dubbed Operation Matterhorn. The size of the fleet will make it temporarily the UK’s fifth-largest airline.

Operators including easyJet and Virgin have supplied some aircraft, with jets coming from as far afield as Malaysia.

Turkey’s ministry of culture and tourism has issued a stern warning to hotels in the country not to kick Thomas Cook customers out, or demand money from them.

The ministry is also promising financial help to hotels, though a “credit loan package”. 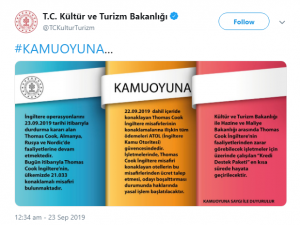 In Cyprus, The British High Commission on Monday said it was  “saddened by Thomas Cook’s collapse – both for holidaymakers and their staff”.

“Given these exceptional circumstances, we will ensure the [UK] government is working around the clock to support those impacted,” the announcement said.

“We understand that this is a hugely distressing situation for Thomas Cook passengers, people with holidays booked with Thomas Cook and Thomas Cook staff.”

All Thomas Cook flights have been cancelled and the civil aviation and the UK government are working together to do everything possible to get people home, the High Commission said.

It’s deputy minister for tourism has said that up to 15,000 holidaymakers are stranded on the Mediterranean island.

Savvas Perdios reckons Cypriot hotels could lose €50m which is owned by Thomas Cook, warning: “I don’t think that it will be easy to recoup that money.”

Thomas Cook had been bringing 250,000 people to Cyprus each year – or 6% of the total tourist trade.

Customers can visit the CAA’s special Thomas Cook website. Those scheduled to return to the UK within the next 48 hours or who are having problems with their accommodation or need special assistance can ring 0300 303 2800 in the UK or +44 1753 330 330 from abroad.