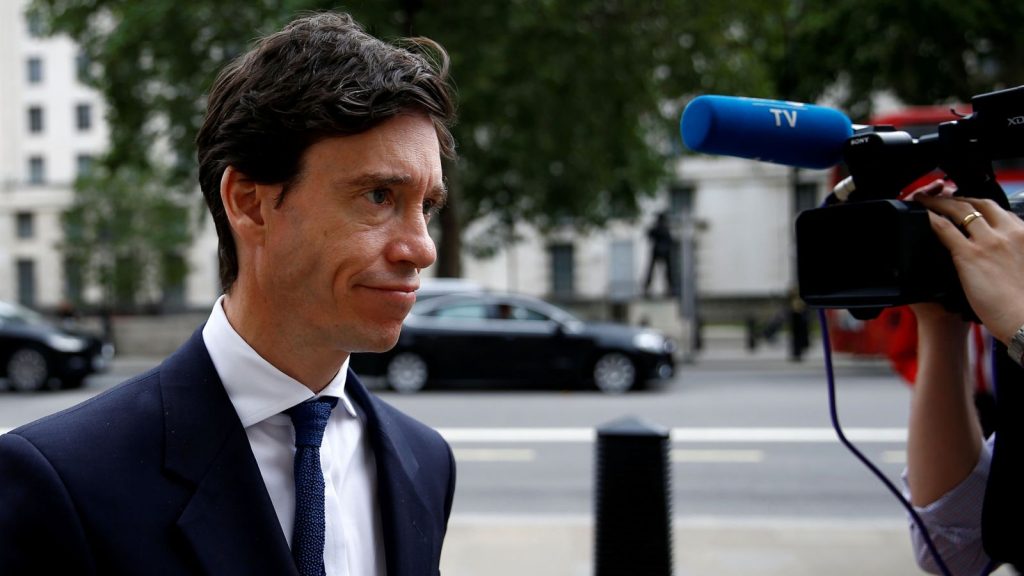 Former International Development Secretary Rory Stewart called the decision to throw him out of the party ‘astonishing’.

He received the news of his sacking as he was being given the GQ award for politician of the year.

‘It came by text,’ the Penrith and the Border MP told BBC Radio 4’s Today programme. ‘It was a pretty astonishing moment. Remember, only a few weeks ago I was running for the leadership of the Conservative Party against Boris Johnson and I was in the Cabinet. And it has all gone very quickly in six weeks.

‘It feels a little bit like something you associate with other countries – one opposes the leader, one loses the leadership race, no longer in the cabinet and now apparently thrown out of the party and one’s seat too.’

Mr Stewart said there were ’30 or 40′ other Tories who had been wanting to block No Deal but were cowed into backing the PM by the deselection threats.

The scale of the Tory rebellion was larger than many at Westminster had expected, with the ‘aggressive’ government tactics failing to whittle down numbers.

The combative attitude of Commons Leader Jacob Rees-Mogg during the debate on the business motion seemed to infuriate many who were wavering.

A Downing Street spokesman said last night: ‘The Chief Whip is speaking with those Tory MPs who did not vote with the Government this evening. They will have the whip removed.’

A rebel source said No10 was ‘removing the whip from two former chancellors, a former lord chancellor and Winston Churchill’s grandson’.

‘What has has happened to the Conservative Party?’ they added.

What is a Whip?

A whip is an official of a political party whose task is to ensure party discipline in a legislature.

Whips are the party’s “enforcers”.

They ensure their fellow legislators attend voting sessions and vote according to official party policy.