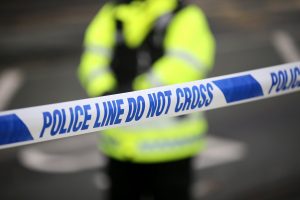 Detectives have made four arrests in connection with a stabbing in Tottenham and are appealing for members of the public who administered first aid to the victim to come forward.

The boy’s parents have been notified.

Cordons and closures are in place and officers remain on scene at this time.At this early stage, officers believe that the boy had been involved in an altercation shortly before the stabbing took place. The suspect may have been riding a bicycle.

Detective Inspector Paul Ridley of North Area CID said: “I am keen to hear from anyone who either witnessed or has information concerning this attack.

“This investigation continues to move at a rapid pace. The victim, not yet 16 years old, sustained multiple stab wounds and remains critically ill and fighting for his life in hospital.“If you know anything about the circumstances surrounding the incident or if you witnessed it, please do come forward.

“I would also appeal to the members of the public who valiantly administered crucial first aid to the victim to come forward to my investigation team.“You can speak with my team or remain anonymous by speaking to Crimestoppers; either way is fine, but please do the right thing, make the call.”

Detectives from Haringey investigate supported by Specialist Crime colleagues. Enquiries continue. A Section 60 order is in place in the area until 04:30 Hrs on 31 August 2019. Anyone with information is asked to call police on 101 quoting 2902/30AUG or Tweet @MetCC.

Were you in or around any of the areas where these incidents took place? If you have information that could help us investigate, but don’t want to speak to police, please contact the independent charity Crimestoppers on 0800 555 111. They do not ask your name and cannot trace your call or I.P address.

Any young people who have information about violence or knife crime can visit www.fearless.org to where they can pass on information anonymously – your I.P address will not be traced. Fearless is part of the Crimestoppers charity and is also independent of the police.