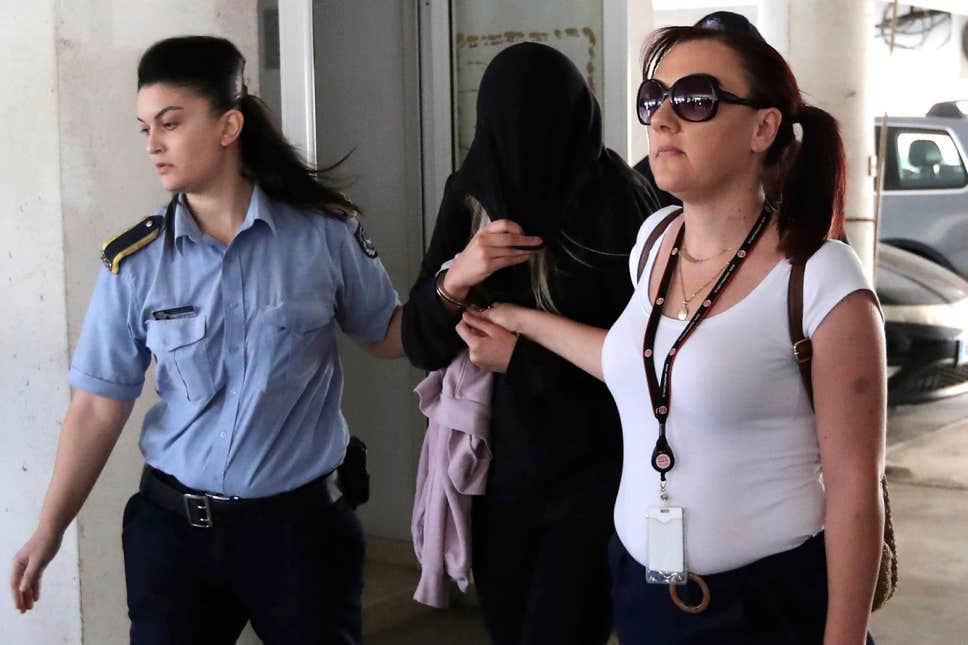 A British woman has pleaded not guilty in a Cypriot court to lying about being raped in the tourist town of Ayia Napa.

On July, 12 Israeli tourists were arrested after the 19-year-old said they gang-raped her.

She then retracted her allegation, the men were released and returned home, and she was arrested for allegedly making up the claims.

The woman faces up to a year in jail, and a fine, if found guilty of a charge of causing public mischief.

Justice Abroad, which is providing legal assistance to the woman, said Cypriot police had pressured her to retract the claim.

The woman was released on conditional bail until her next court appearance on 2 October, Justice Abroad said.

She cannot be identified unless she is found culpable, surrendered her travel documents to police and must appear at a Nicosia police station three times every week. She has also been placed on a stop list prohibiting her departure.

Her defence lawyers have said investigators used “oppression” to make her retract the rape allegation.

The young woman, who claims she was gang-raped by the Israeli men, made a criminal complaint to police officers and the group were arrested on 17 July. But the teenager was detained on 28 July after police said she retracted the gang-rape allegation.

Her alleged assailants, who are aged 15 to 18 and were on holiday in Cyprus, were detained and later released without charge. They denied any allegation of assault and have since returned to Israel.