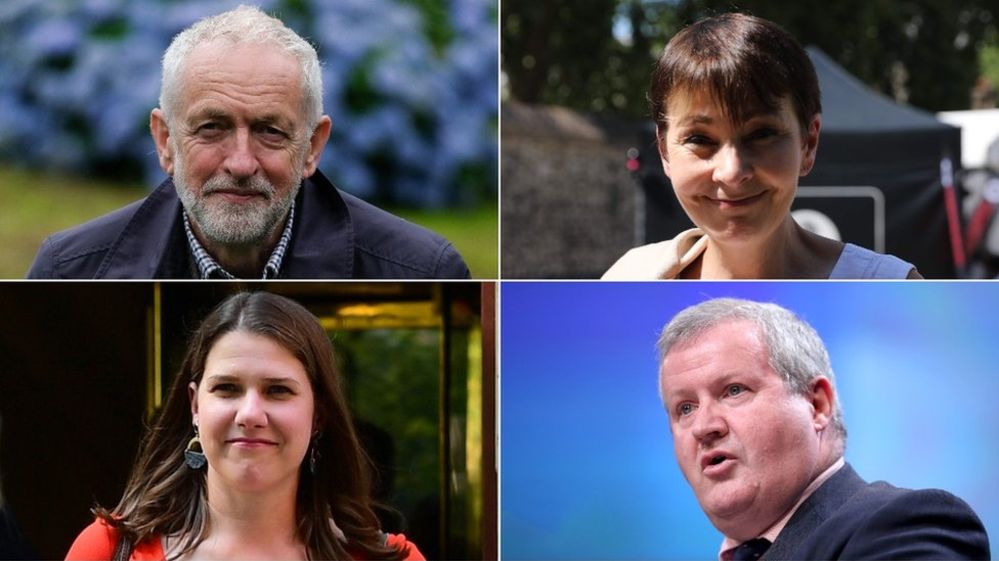 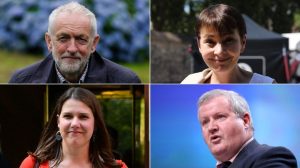 Opposition MPs say they have agreed to try to block a no-deal Brexit by passing legislation in Parliament.

A meeting between those opposed to no deal was called by Jeremy Corbyn.

A joint statement afterwards did not detail how or when legislative attempts would be made, but Green MP Caroline Lucas said it was the best way to stop a PM “careering towards” no deal.

The statement also made clear using a vote of no confidence to bring down the government remained an option.

The UK is set to leave the EU by 31 October and Boris Johnson has promised to stick to that date even if he cannot agree a deal with Brussels.

Ms Lucas said “the legislative way forward” was “the most secure way to try to extend Article 50, to get rid of that 31 October deadline”.

How could MPs block no-deal through law?

At present, the default position in law is that the UK leaves the EU on 31 October with or without a deal.

In April, faced with the possibility of a no-deal exit on the original Brexit date of 29 March, MPs passed a law forcing former PM Theresa May to request an extension of the UK’s EU membership.

Many expect that is what they would hope to do again, but it would require MPs against no deal to first take control of the parliamentary timetable to make time for the law change to be debated.

One way to do that would be to amend a motion debated as part of an emergency debate in the Commons.

Emergency debate motions – topical matters added to business at short notice – are normally considered unamendable, meaning Speaker John Bercow may have to give a ruling that one is.

Anna Soubry, the leader of the Independent Group for Change, said after the meeting those gathered had agreed how they would try to use Parliament but would not discuss the details “because we know what we’re up against”.

What about a no-confidence vote?

Labour leader Jeremy Corbyn had said his preferred option to block no deal was via a no-confidence vote in the government.

Under his plan, he would replace Mr Johnson as an interim PM, call a snap election and campaign for another referendum.

However, the Liberal Democrats and some Tory MPs said they would not support any plan that saw Mr Corbyn become prime minister – even on a temporary basis.

Lib Dem leader Jo Swinson said a no-confidence vote “remains a last resort, if you like, to be able to enforce the will of Parliament, but the main proposal is going down the legislative route”.

Ms Lucas said the option of a no-confidence vote was “still there” if the legislative route did not work, but it was “a more risky strategy”.