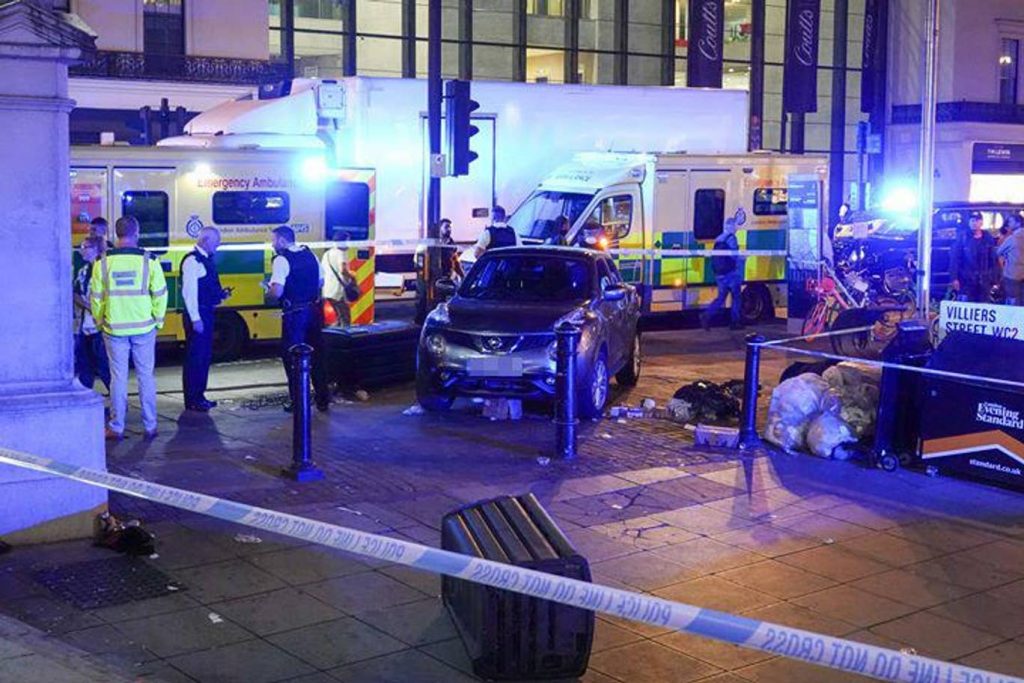 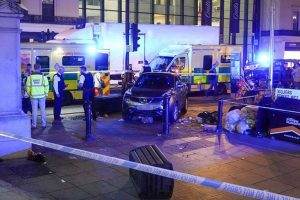 The pedestrians were struck by the vehicle outside Charing Cross train station shortly after 11pm on Saturday.

The Met Police said two men have been arrested on suspicion of drink-driving.

A spokesman for the force confirmed the incident was not terrorist related. 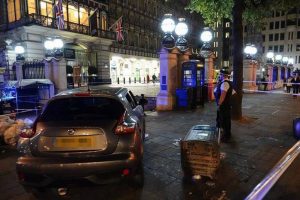 Pictures from the scene show a number of police officers and cordon in place around the car as crowds gathered at the scene in Villiers Street.

A Met Police spokesman added: “Two males have been arrested after a car was involved in a collision with three pedestrians on Villiers Street at 11.10am on Saturday.

“None of the injuries are life threatening. Enquiries continue.”