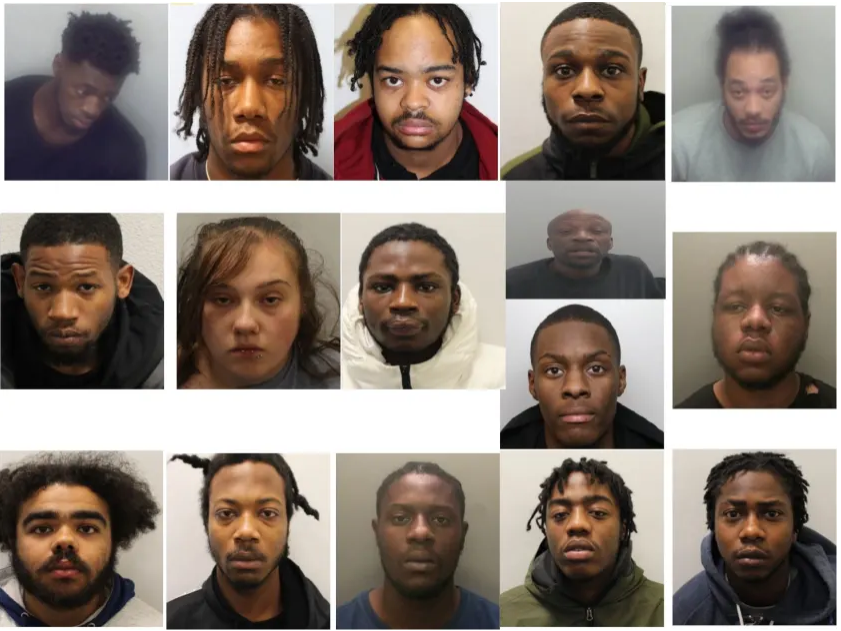 Sixteen gang members have been jailed for more than 61 years for running Class A drugs through County Lines across the South East.

The following all pleaded guilty to two counts of conspiracy to supply Class A drugs (crack cocaine and heroin):

The above were all charged with one count of participating in an Organised Crime Group (OCG) which was left to lie on file.

The following pleaded not guilty to two counts of conspiracy to supply Class A drugs (crack cocaine and heroin) and one count of participating in an Organised Crime Group (OCG) but were convicted following trial: 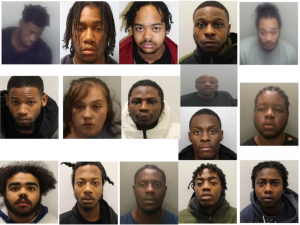 The group have been jailed as the result of a joint investigation between the Met’s Specialist Crime South and Kent Police’s Operation Raptor. Operation Raptor teams focus on disrupting and dismantling criminals linked to county lines, drugs, and the exploitation of vulnerable people.

The investigation culminated in a large-scale arrested phase carried out in partnership with Kent Police on 15 November 2018. The operation involved more than 200 officers and was supported by local borough teams and other specialist units across the Met.

Officers seized a large quantity of Class A and B drugs, approximately £10,000 cash and a range of suspected stolen goods.

Detective Inspector Anthony Jones from the Met’s Specialist Crime South said: “This investigation is the result of months of hard work carried out by my officers in close collaboration with colleagues from Kent Police. They all showed exceptional commitment in bringing these 16 offenders to justice.

“County Lines remains a national issue, but as this investigation shows, we will work closely with colleagues from other forces to share intelligence, gather evidence and dismantle drug dealing networks.

“There is a clear link between the drug supply and the violence we have seen unfold on the streets of London. By disrupting the activity of this organised crime group, we have reduced the violent activity which blighted local communities in the months prior to this investigation.

“But we are not complacent, and we will continue to identify and pursue those intent on participating in criminal activity. Tackling violence is, and will remain, the Met’s main priority and we will tackle it using all the powers and tactics available to us.

“The support of our communities is vital in combatting violent crime. Please help us to keep London safe. If you aren’t comfortable speaking directly to the police, contact the independent charity Crimestoppers on 0800 555 111. They do not ask your name or trace your call.”