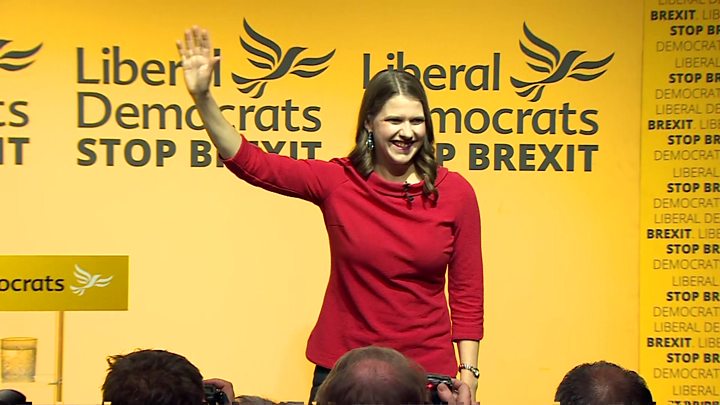 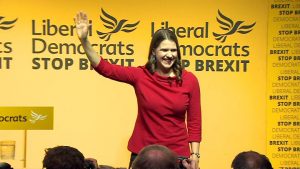 She received more than 50% of the vote in the contest.

The 39-year old, who succeeds Sir Vince Cable, said she was “over the moon” to have been elected and was “ready for the fight of our lives”.

She told activists the UK’s future lay in the European Union and she would do “whatever it takes to stop Brexit”.

“Liberalism is alive and thriving,” she told supporters after her victory was announced.

Ms Swinson, who has been the party’s deputy leader since 2017, was a business minister in the Lib Dem-Conservative coalition government.