THE Cypriot Wine Festival and Business Expo, traditionally held every year in north London, took place on the 1st and 2nd of June at the Lee Valley Athletics Centre.

The festival, which is traditionally organised by the Parikiaki Newspaper, has been met with intense interest this year. At the festival, where traditional food and beverages from Cyprus were sold, the festival participants had the opportunity to taste the mouth-watering wines of Cyprus. 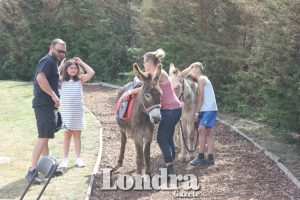 Hundreds of Cypriots and many more people from all backgrounds near and far attended the festival, where traditional folk dances from Cyprus were exhibited. The two-day festival started at 11.30 am in the morning and lasted until 11pm. Cyprus and wine, as an inseparable couple in the history, there has been a close relationship, and as a result of research, 5000-year-old Wine from Cyprus is among the oldest and most beautiful wines in the world. The Cypriot Wine Festival has been held for 37 years in London and the annual festival has become a mark in the calendar.