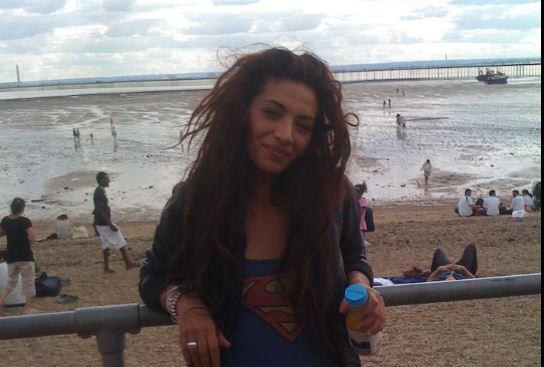 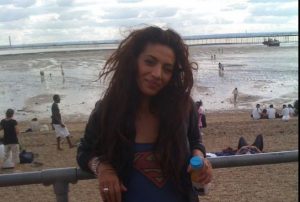 Mary Jane Mustafa, a 38-year-old mother-of-two who went missing last in May. A flat in Canning Town where two bodies have been found, is said to be one of the last places she was in before her disappearance.

For the past year, her sister has been camping and continuously appealing for information and her return home after she went missing on 6 May 2018.

Two men have been arrested the first on Monday 29 May, the 34 year old has not been named by police and the second on Tuesday 30 April, 50 year old man who has been locally named as Ted Jolly.

The sister of a missing woman feared to be among two found dead in the freezer of an east London flat has paid an emotional visit to the scene today.

Police today began a search of a property, understood to be Mr Jolly’s home, less than half a mile from where the bodies were found.

Local residents say Ms Mustafa had also been seen at that property before she went missing.

Many neighbours have spoken with the press since the discovery of the bodies. One saying: ‘This woman disappeared last May but I’d always see her at this house. She’s stayed there regularly.

Some have also spoken of a known man called ‘Ali’ he’d seen coming and going from the flat where the bodies were found, the neighbour added.

The Met Police has refused to say whether they are hunting for the resident or if he even forms part of their investigation.

A murder probe has been launched. Police experts are still trying to establish the identities and ages of the two people killed.

The last time Ms Mustafa was seen alive was with £3 on a journey to a shop in May 2018.

Scotland Yard said they were called to the property shortly before midday on Friday 26 April by someone worried about the resident of the flat.

‘The bodies are believed to be those of two females. We are working to carry out formal identification and trace next of kin.

‘Post-mortem examinations will be held in due course. The investigation is being led by the Homicide and Major Crime Command.’

Scotland Yard last night said it was still working on identifying the victims and would not comment on claims made by locals.

A post-mortem examination will be carried out in due course, the force said.

Met Commander Detective Chief Superintendent Richard Tucker said: ‘The launch of any murder investigation is naturally of concern to the local community and we have borough officers in the area supporting colleagues from the Homicide and Major Crime Command as they investigate the full circumstances.

‘A crime scene is in place and we would encourage anyone with information about what may have happened at this premises to contact police on 101, quoting CAD 4303/26APR.’