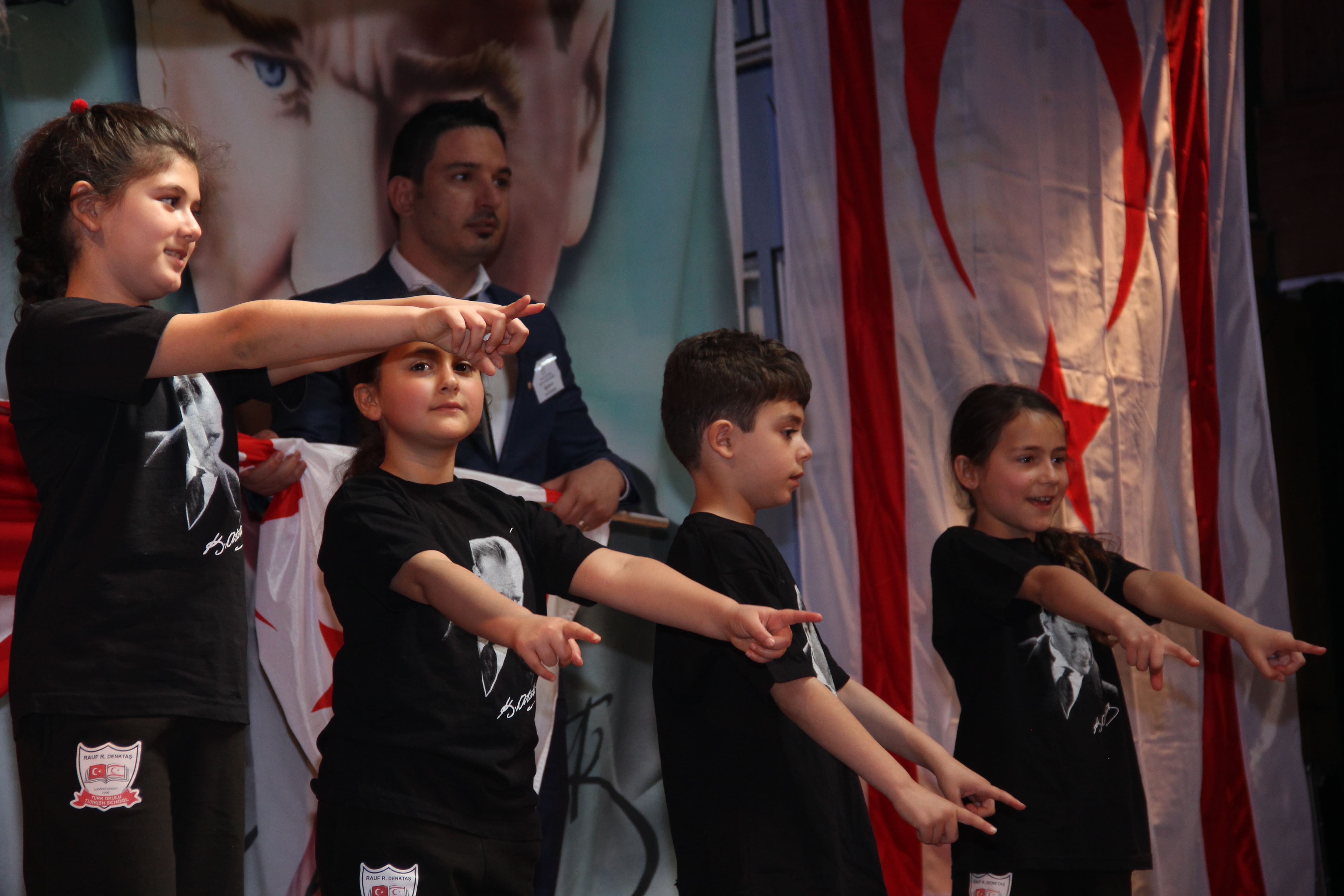 The event took place on Monday 22, starting with a moment of silence and then followed by the Turkish National Anthem.

The hall was filled with hundreds of people, with the event held on the bank holiday weekend saw a great turn out of family and children, all in attendance to enjoy the performances, entertainment and food.

Turkey’s London Ambassador Umit Yalcin and TRNC Consul Ulku Alemdar both spoke at the even thanking everyone that enjoined.

Yalcin said: “The date 23 April 1920 is a turning point in terms of our history. Next year will make the 100th anniversary of the republic. We are going to celebrate the year, especially parents and children, to teach Turkish history and culture to our children and instilling our culture in them.”

With a number of Turkish school attending, many different performances were shown from folk dancing, singing and awards given.

The day of celebration continued outside of the hall in the court lard with food and drinks available, families gathering together with good celebrating the day and enjoying the warm weather.