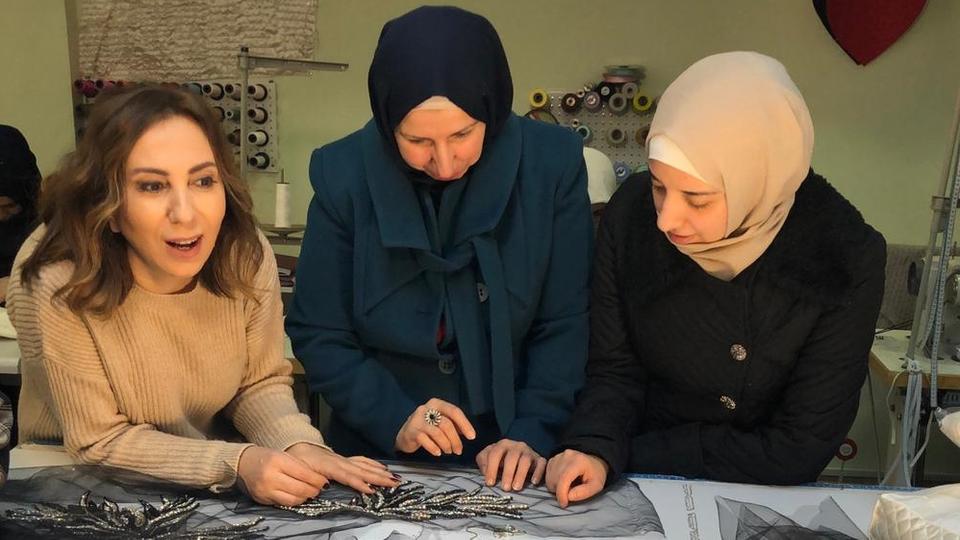 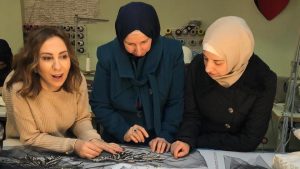 THE Turkish designer’s latest collection is part of a collaboration with refugees living in Turkey.

The collection, made from fabric woven by Syrian refugees in Turkey, was showcased in London on Saturday.

Kartal’s 15 designs were part of the fall-winter collection at an event on the sidelines of London Fashion Week. The event was also attended by Ümit Yalçın, Turkey’s Ambassador to London.

The Turkish born designer found her initial flight to fame in Manchester in the early 2000s where she did a two-year design course. Her creations were a quick hit after her Vogue Fashion Night Out event, and Kartal was soon dressing stars like Lady Gaga and getting invitations to showcase her work at London Fashion Week.

Kartal was also the first Turkish designer to win Britain’s Best Fashion Designer at the MCR Fashion Festival at Manchester.

Turkey was “the largest refugee-hosting country in the world and provided hope for the downtrodden,” he said.

An event exclusively focusing on the collaboration with Syrian women, supported by the Turkish presidency’s Directorate of Communications, will be organised in London on Sunday.

This isn’t the first time Kartal’s work has derived from political fabric.

In 2017, she unveiled a collection of 20 pieces focusing on democracy after a failed coup in Turkey in 2016.

Syria has been locked in a vicious civil war since early 2011, when the Assad regime cracked down on protesters with unexpected ferocity.

Since then, hundreds of thousands of people are believed to have been killed and millions more displaced by the conflict.