CTCC: “Only one ‘Turkish Cypriot Cultural Festival’ should be held” 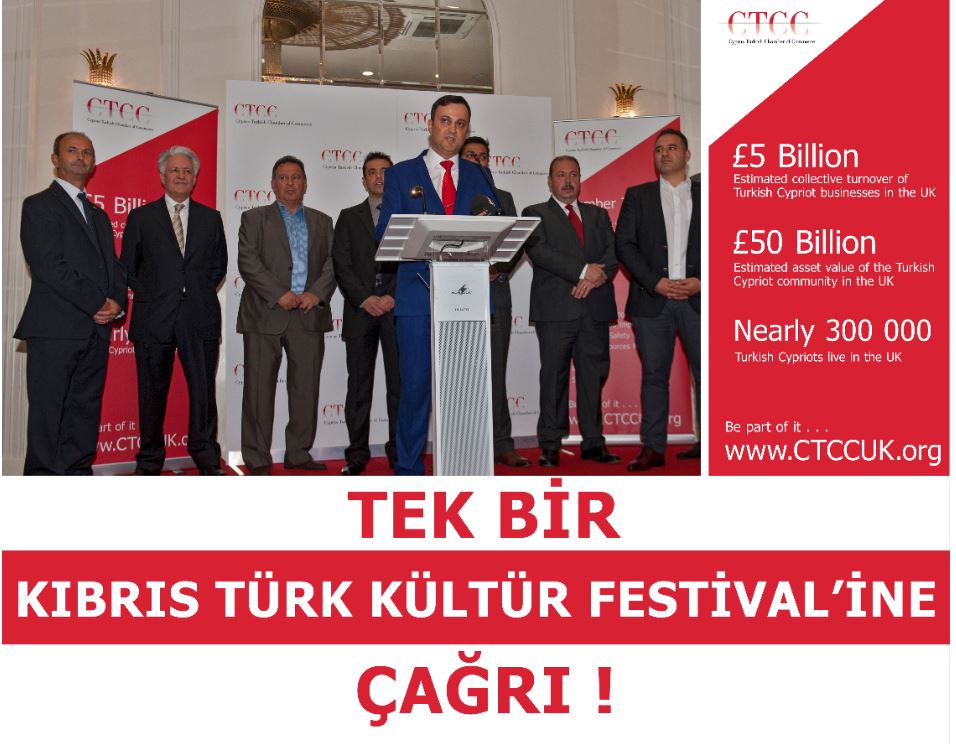 THE Turkish Cypriot Chamber of Commerce of England (CTCC) has made attempts to build two festivals under a single roof in the UK last year.

The Turkish Cypriot Chamber of Commerce of England as shared its opinion on a single ’Turkish Culture Festival’ in England.

The Turkish Cypriot Chamber of Commerce of England has shared the following press release:

“As the Turkish Cypriot Chamber of Commerce of England, we have made attempts to join the two festivals in the UK under one roof.

Hence, we had a joint meeting with the organisers of both festivals held last year, with the notion of bringing together the cultural festival of all Turkish Cypriots.

In this framework, a full consensus was reached that the two festivals being organised separately has caused a great confusion and held no logic.

Both our community and business people living in England and participating intensively in these festivals emphasize that this year only one ‘Turkish Cypriot Cultural Festival’ should be held.

A consensus must be reached for the establishment of one ‘Turkish Cypriot Culture Festival’.

However, unfortunately for reasons that still cannot be comprehended, the Council of Turkish Cypriot Associations has been pushing all other institutions and organisations to one side and insisting on organising a Turkish Cypriot Culture Festival separately.

As the Turkish Cypriot Chamber of Commerce, we are in close contact with the Council and many Unions and the Association, also in reference to the information we comprehended these groups are still in favour of one cultural festival.

Therefore, the Turkish Cypriot Chamber of Commerce England will continue to support the view that the ‘Turkish Cypriot Culture Festival’ should include all institutions and organisations in the UK and only one festival should be organised. In fact, it is necessary to have a model that will be formed by taking the whole society into consideration.