The Met Office has issues a yellow warning of snow and ice from tonight until Friday across the UK and the South East.

Today alone has 4 separate yellow weather warnings for the UK. With highlands expected to see up to 10cm worth of snow fall tonight. The warning will continue until Friday across the UK. 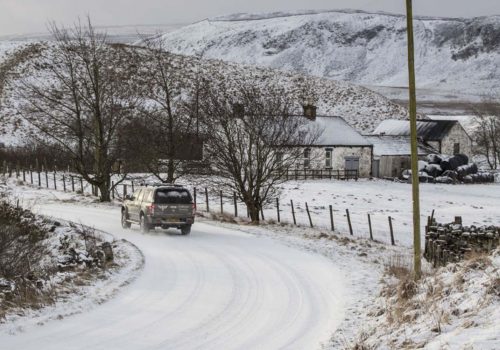 In Scotland and Cumbria to closed some roads and school in preparations for the snow fall.

The met office stated that there is a “slight chance” that some rural communities could be cut off and a “small chance” that power cuts may occur and mobile phone coverage could be affected.

Police have urged motorists to take extra care and plan ahead. Scottish Police have said that drivers should prepare with supplies of food/drinks and fuel even extra cloths to be kept in there cars “in the event you are delayed for several hours”.