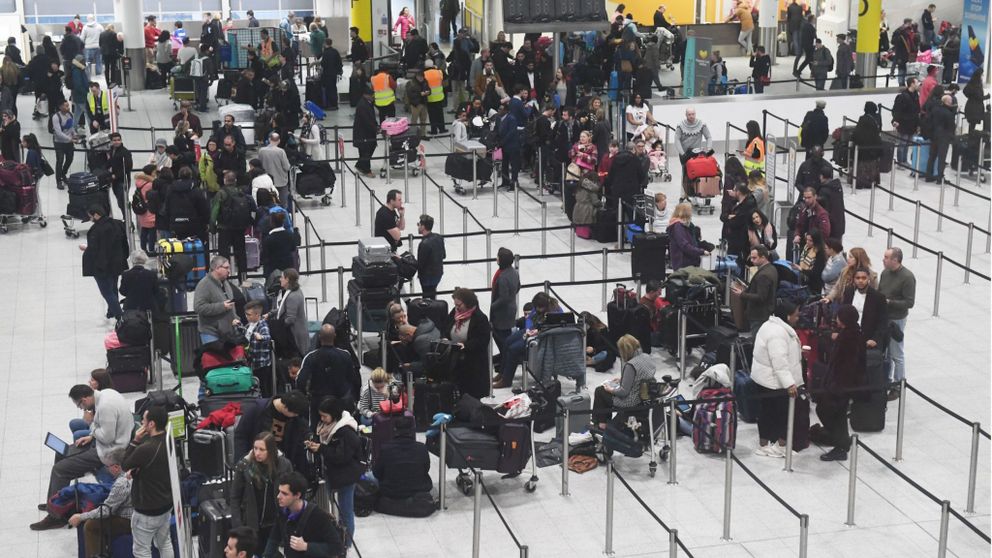 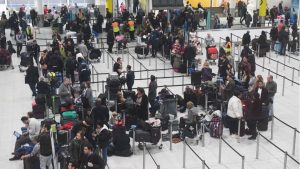 One off the UK’s busiest airports has come to a standstill after it was reported two drones were seen fighting over the runway.

Gatwick’s runway remains closed tens of thousands of passengers to be effected with cancellations and delay, with 760 flights carrying some 110,000 passengers expected today.

Police were still hunting for the drone operator after another device was reported just before 7am.

A spokesman for Sussex Police said: “There is absolutely nothing to suggest that this is terrorism-related.”

Gatwick chief operating officer Chris Woodroofe said police had not wanted to shoot the devices down because of the risk from stray bullets.

Those due to travel have been told to check the status of their flight, while some airlines have told its passengers not to go to Gatwick if their flights have been cancelled.

Mr Woodroofe told the BBC two drones had been seen flying “over the perimeter fence and into where the runway operates from”, sparking “very significant disruption”.

He added: “The police are looking for the operator and that is the way to disable the drone.”

Planes were diverted to other airports including London Heathrow, Luton and Manchester. Aviation website airlive.net said some services were re-routed as far away as Cardiff, Paris and Amsterdam.

Crowds of passengers waited inside Gatwick’s terminal for updates, while others reported being stuck on waiting planes for several hours.

The law on drones and Airports: