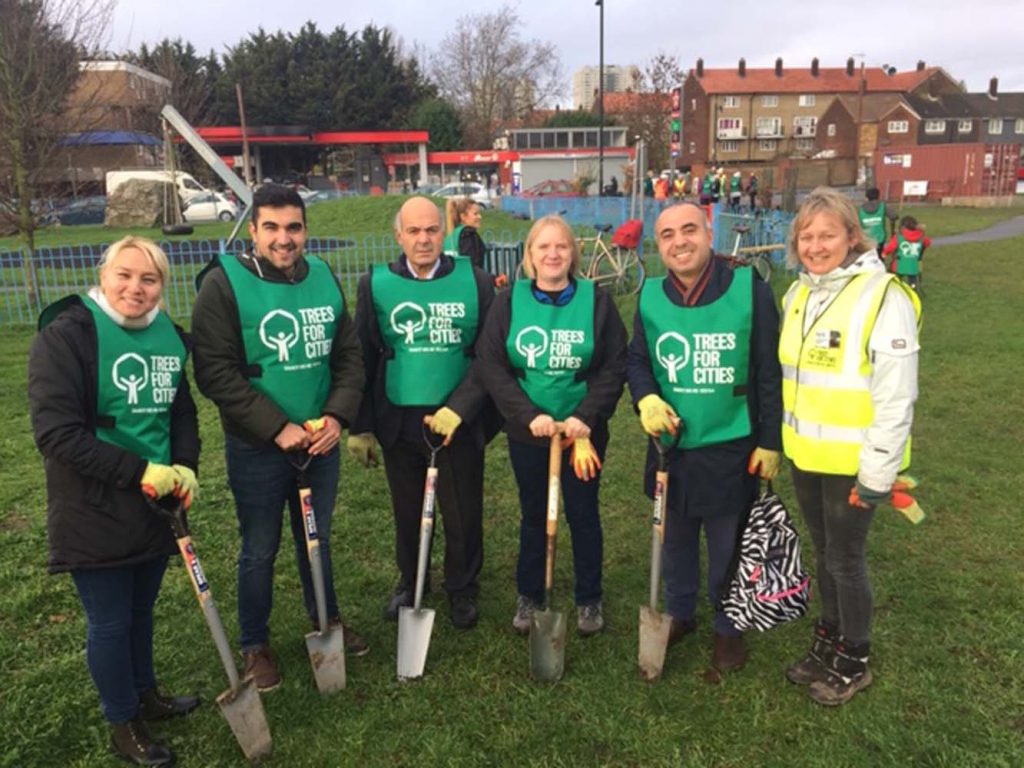 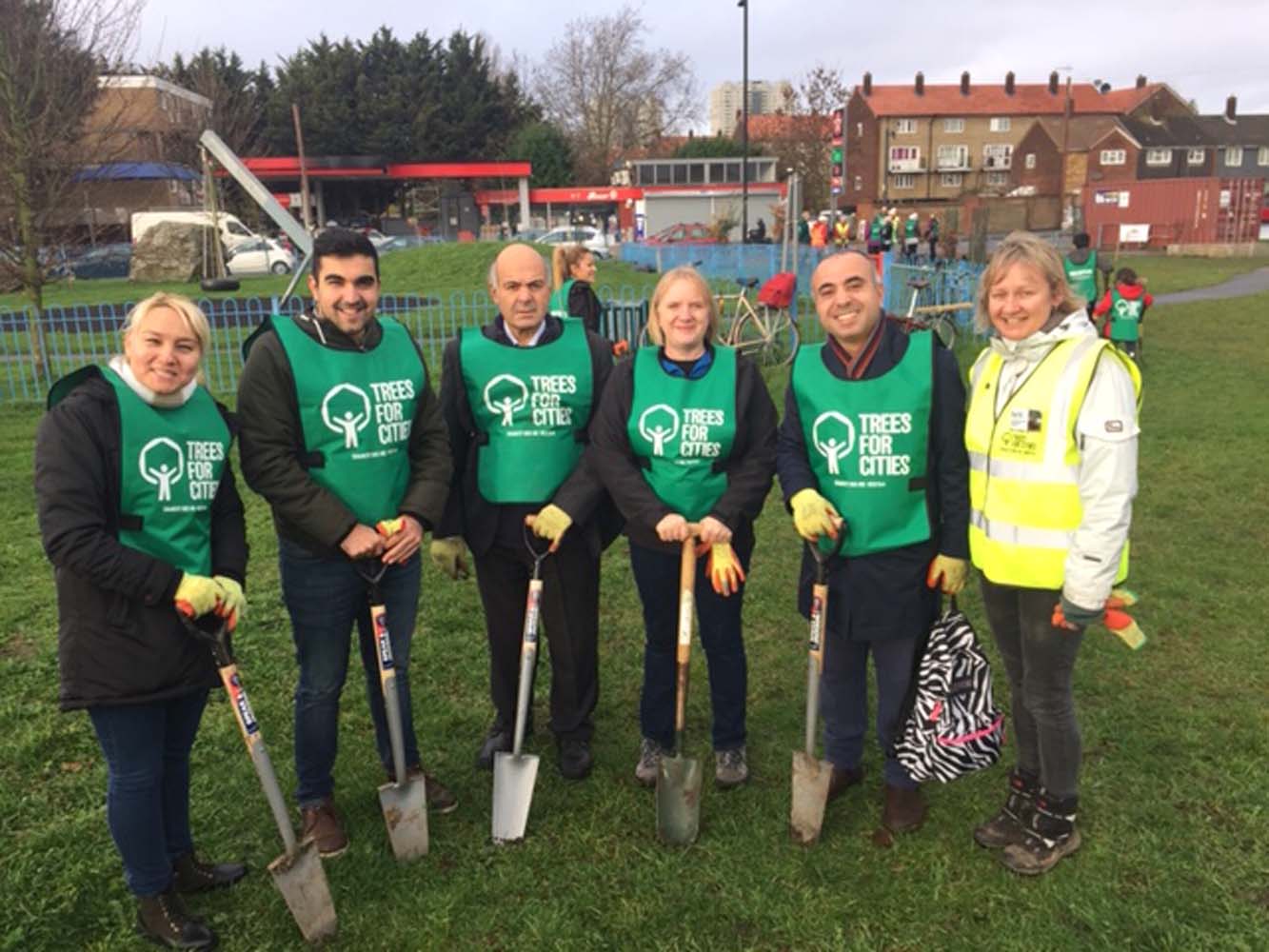 Joanne McCartney planted trees which were provided as part of the Mayor of London’s £1.5m Woodland Fund. In total, 40,000 trees are being planted across the city with 3,400 of those being planted in Montagu Rec in one of four events organised by Trees for Cities across London. This will create a new woodland for Enfield residents to enjoy.

The event forms part of the Mayor’s National Park City volunteer mass tree planting where thousands of the trees were planted across London, adding to the 8 million trees currently in the capital. He has also pledged to make London the world’s first National Park City which is expected to be confirmed in 2019.

“Air pollution is one of the biggest challenges we face in London. By planting more trees, we can make a real difference in cleaning our dirty air and improving our wellbeing.

It was wonderful to see so many residents volunteering their Sunday to help us plant these trees, which will benefit the whole of the community. This new woodland will be a great asset to residents and give us all a breath of fresh air.”