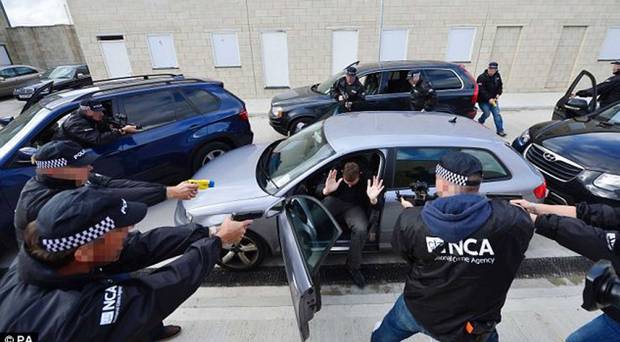 The threat posed by organised crime in the UK is now greater than terrorism, the National Crime Agency has said.

Its latest report said there were 4,600 serious and organised crime groups, committing offences including child abuse, trafficking and drug dealing.

Security Minister Ben Wallace said he wanted to target groups – such as accountants and estate agents – who launder money for the criminals.

He told BBC Radio 4’s Today programme that those at the “bottom of the pyramid”, who were dealing drugs or laundering money for crime bosses – who he referred to as “foot soldiers” of organised crime – needed to face “the same weight of the law” as those at the top.

The government, which has published a report into organised crime, will later announce a new strategy and £48m of public money to tackle the gangs.

The last figure, published five years ago, showed the cost of such crimes was £24bn.

Ms Owens said some of the cost was direct, such as the impact of blackmail on business, but others were indirect, including the impact on the mental health of victims.

Minister for Security and Economic Crime, Ben Wallace, will say: “Many serious and organised criminals think they are above the law.

“They think they can defy the British state. And they think they are free to act with impunity against our businesses and our way of life. They are wrong.

Our new strategic approach not only improves our government and law enforcement capabilities, but also ensures the private sector, the public and international partners are integrated as part of our response.”