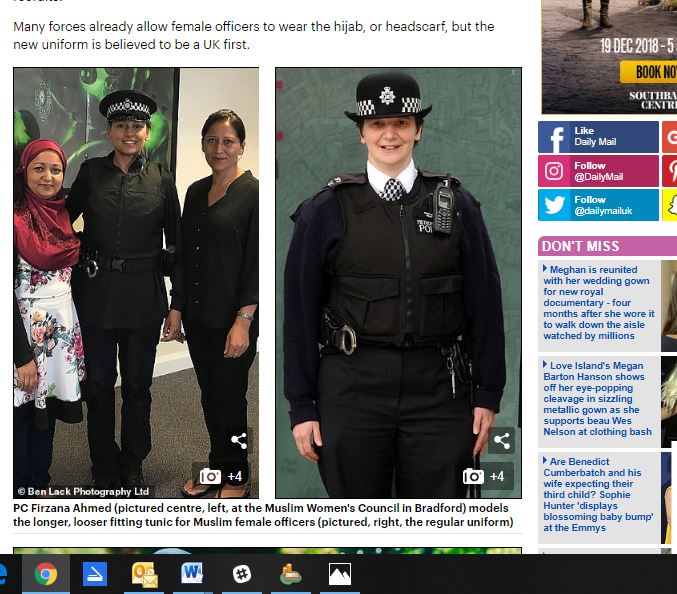 IN a news published by the Daily Mail West Yorkshire Police have now designed a uniform the first of its kind in the UK. The uniform has been created for members of its Muslim personnel’s a more representative, an alternative to the currently uniform.

Assistant chief constable Angela Williams said: “For the last month we have been trialling a new uniform for women which is designed not to show the female form. This was suggested by a Muslim female officer and was designed by our Clothing Manager in conjunction with the officer… I hope this uniform will encourage people from underrepresented groups to consider a career in policing if they had previously been put off joining the force due to the uniform.”

Female offices are already able to wear a headscarf or hijabs in the UK, this new uniform has been created to cover more of the female form than the standard uniform and West Yorkshire police believed its take the needed steps forward in its uniform.