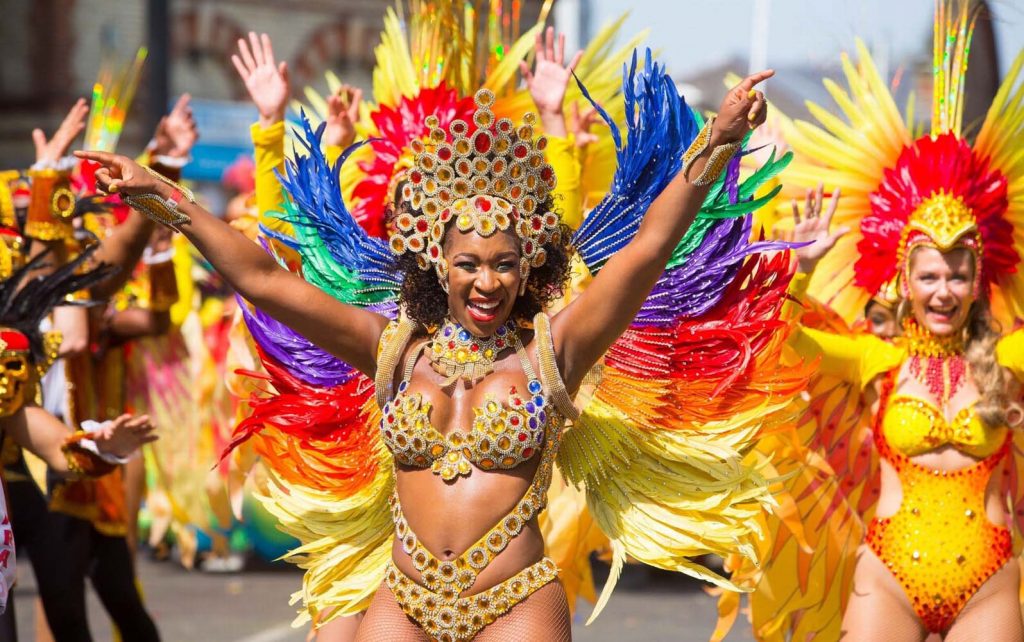 One million people attended the carnival during the two-day festival.

The Met said 30 officers were injured “in the line of duty”, while 133 arrests were made on Sunday and a further 240 on Monday.

There were up to 313 arrests at last year’s carnival.

One man was stabbed and 30 police officers hurt at Notting Hill Carnival, Scotland Yard has confirmed.

More than 370 arrests were made at the event over the bank holiday weekend, according to the Met.

The Met Police operated with enhanced stop-and-search powers this year in a bid to crack down on violence.

A Section 60 order was imposed across the carnival area between 09:00 BST and 23:59, allowing officers to search people believed to be carrying offensive weapons.

This year’s event was policed by the highest number of officers in six years.

Knife arches, which are used to detect blades and deter people from carrying them, were also installed for the first time at “strategic points” across the carnival.