London in solidarity with Saturday Mothers 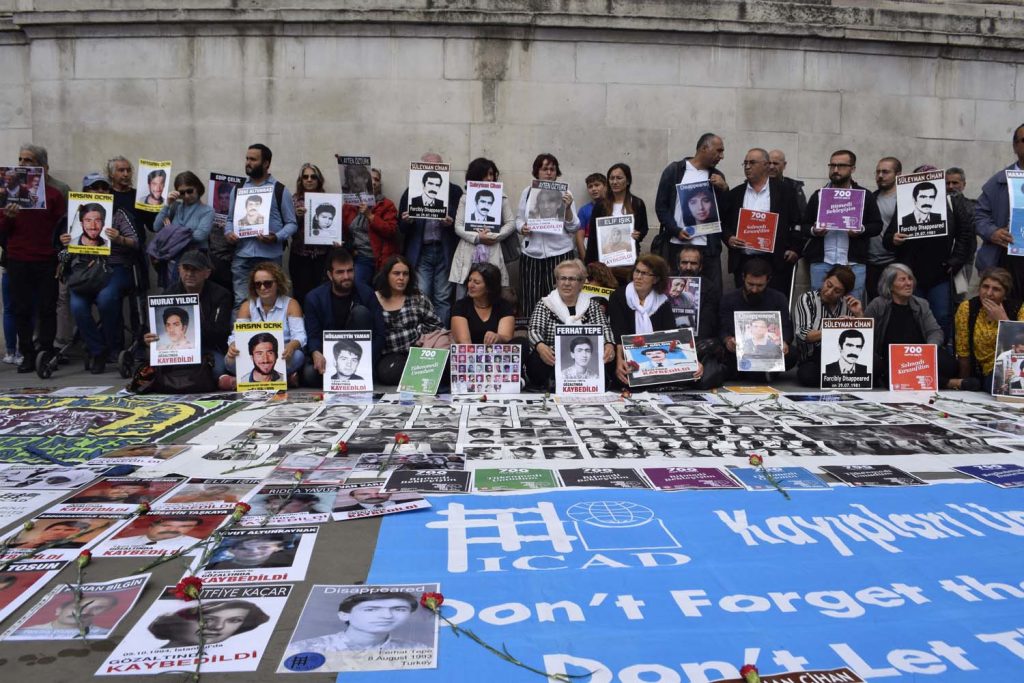 HUNDREDS gathered in Trafalgar Square on Saturday, 25 August to raise voices in support of the Saturday mothers.

On the 700th week of one of the longest running peaceful protests in Turkey, the Saturday mothers and their supporters congregated in Galatasaray Square at midday. Across Europe solidarity vigils were held to support the demands of the Saturday mothers and raise awareness of this ongoing fight for those responsible to be held accountable for the extrajudicial killings and disappearances in state custody.

In an English press statement made by the Chairman of the British Alevi Federation, Israfil Erbil emphasized that the relatives of the missing have been looking for their loved ones for exactly 700 weeks and stated:

“We will not forget, we will not forgive, and we will never give up. The Saturday Mothers and their supporters have met for 700 weeks and carried the photo of their loved ones with themselves. We will continue to support this peaceful resistance in Turkey. This resistance has been initiated with the demand to find the disappeared and to bring those responsible to justice. The disappeared were taken into detention by security forces, followed by a denial of their existence by official authority and no information has been provided.

Hence this system refuses to act in accordance to justice, the absence of judicial institution is evident. The Saturday Mothers demand justice and the right to know the truth.

Aydin Cubukçu made a speech in Turkish and underlined that the Saturday Mothers had created a new form of resistance which raised voices for their suffering loved ones.