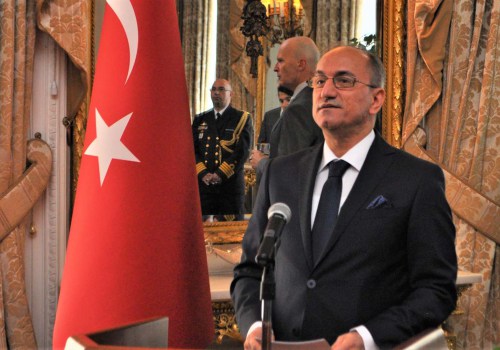 LONDON Ambassador Abdurrahman Bilgiç of Turkey has announced that 30 August Victory Day will be celebrated on Thursday, 30 August.

London Ambassador Abdurrahman Bilgiç and Armed Forces Attache Colonel Ismail Candan Açcı would honour a reception they will give in regards to the 96th anniversary of Victory Day.

Only those with an invitation may attend.

Although foreign forces left the country for good in the autumn (or fall) of 1922, Turkish people accept August 30 as the date of the Turkish troops’ overall victory. Victory Day was first celebrated in only a few cities in Turkey – such as Ankara, Izmir, and Afyonkarahisar – on August 30, 1923. It became a national holiday in 1935.