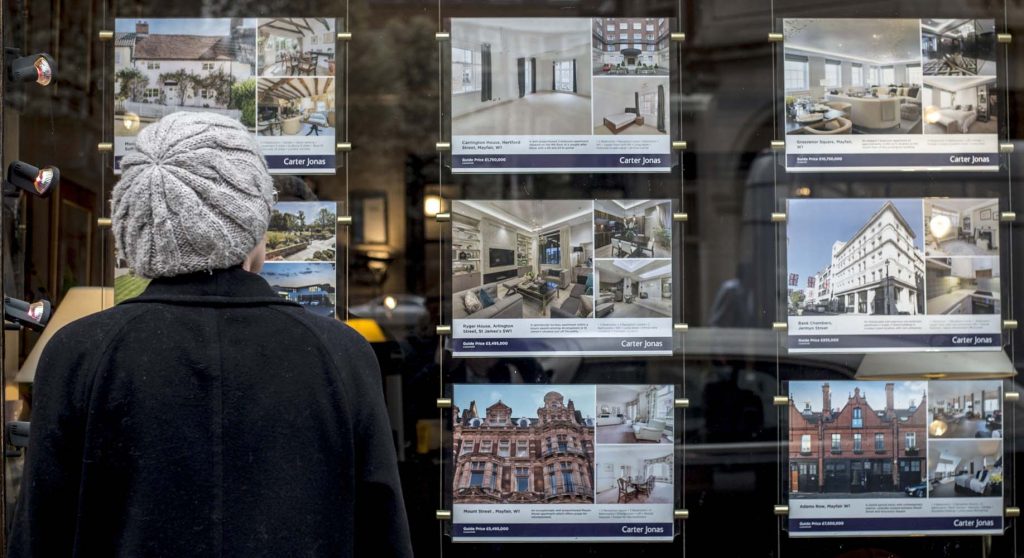 Embargoed to 0001 Saturday July 1 File photo dated 22/03/17 of a woman looking at houses for sale in the window of an estate agents in London. First-time buyers make up nearly half of all house purchases financed by a mortgage but those taking their first step on the property ladder need to put down a £33,000 deposit on average, a report has found.

LETTING agents are discriminating against tenants on housing benefit, an undercover investigation has found.

Shelter and the National Housing Federation found one in 10 agents in England refused to let to those on the benefit.

The undercover investigation found the policy was enforced even if tenants could afford the rent.

Stephen Tyler told the BBC that housing benefit discrimination had forced him to sleep in his car.

The wheelchair user told the BBC’s Victoria Derbyshire programme: “We have been trying to find accommodation since we were evicted from our last property when we asked for adaptations to be made for wheelchair access.

“I phone anything up to 20 landlords, estate agents, a day and none of them will accept DSS (tenants on Department of Social Security housing benefits).”

He said he had approached his council as well as housing associations, but “no one wants to help at all”.