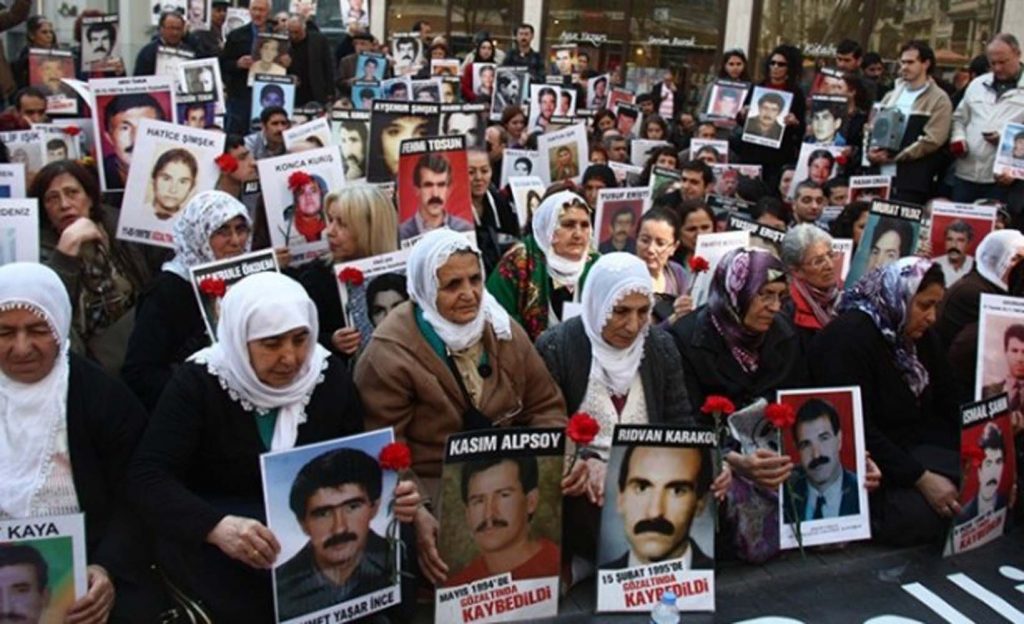 TAKING inspiration from the Argentinean movement Mothers of Plaza de Mayo, which organized in the late 1970s to find out the fate of people disappeared during that country’s dictatorship, the Saturday Mothers have gathered since 1995 under the motto “We want our disappeared loved ones.”

Saturday, 25 August marks the 700th week of Saturday Mothers. Daymer has released a press statement calling for everyone to gather in Trafalgar Square on Saturday.

The statement follows as:

“The security forces in Turkey had taken many innocent people in custody, however, the existence of these people have been denied for decades. The Saturday Mothers’ main demand is that the bodies of those disappeared be found, the perpetrators tried and justice delivered.

Their demands also include a change in the statute of limitations in order to prosecute political murders and forced disappearances.

In order to support the Saturday Mothers request for justice we are calling you to Trafalgar Square on Saturday.”

WHO ARE THE SATURDAY MOTHERS?

The Saturday Mothers (Cumartesi Anneleri) is a group who gathers 12pm every Saturday for half an hour at Galatasaray (district), Istanbul (Turkey), holding photographs of their “lost” loved ones.

Mainly composed of mothers of victims, and renowned as a model of civil disobedience, they combine silent sit-in with communal vigil as their method of protest against the forced disappearances and political murders in Turkey during the military coup-era of 1980s and the OHAL-era of 1990s. On August 25, 2018, will held their 700th sit-in protest.