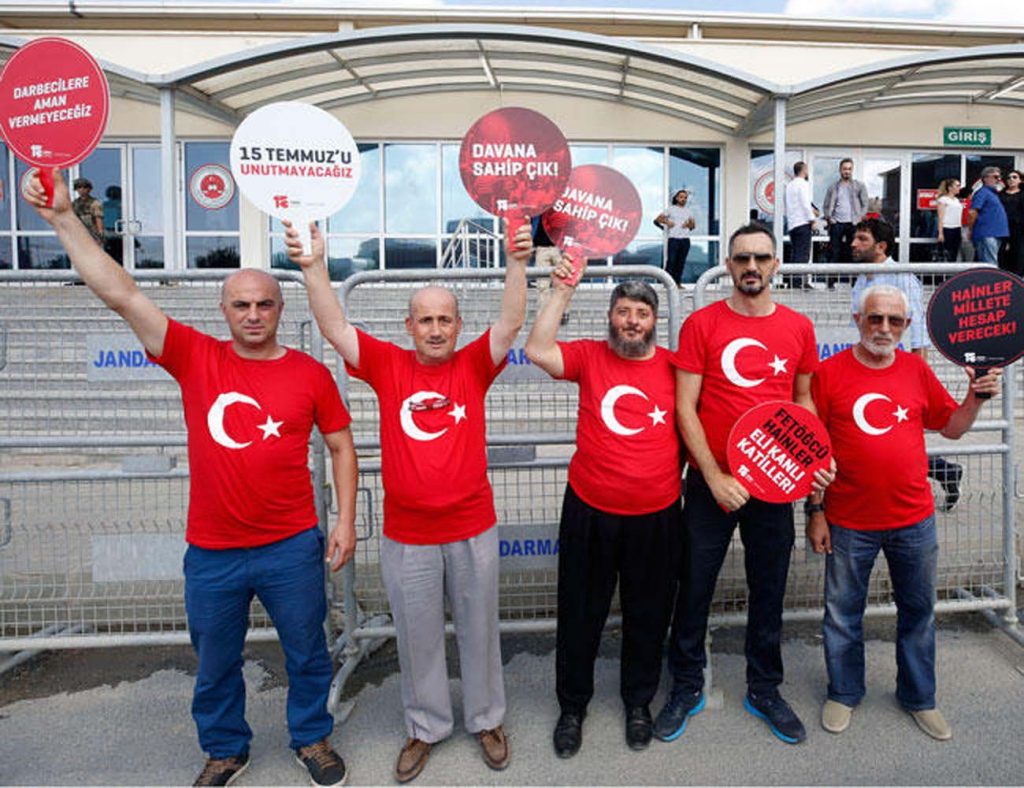 The ceremonies organized by the Turkish presidency are set to take place at the Turkish Parliament in Ankara’s Beştepe district and on Istanbul’s Bosphorus Bridge as it was formerly known. After the coup attempt, when soldiers in tanks had shut down the bridge at around 10 p.m., the bridge was renamed the “July 15 Martyrs’ Bridge.”

Erdoğan will begin the day of commemoration in the Turkish capital.

After Erdoğan visits the graves of those killed on the night of the coup, he will attend the special session at the parliament.

The president is set to meet with the relatives of those who were killed in the putsch attempt, and have lunch with them in Beştepe, where his administration built a presidential complex in 2014.

He will then go to Istanbul and attend the ceremonies set to be held on the Istanbul bridge, a critical location for the putsch and the night of July 15, 2016.

Another commemoration ceremony is set to be held at Ankara’s Gölbaşı Special Command Center, where putschists dropped four MK-82 bombs on the facility using an F-16 aircraft.

Turkey’s president and leader of longtime ruling Justice and Development Party (AKP) will also visit the “Martyr’s Memorial” in Ankara in a gathering where the “veterans,” relatives of those killed, and citizens are also set to be present.

All mosques in all 81 provinces across Turkey will mark the anniversary with a special public praying as part of the weeklong commemoration that is expected to be held in more modest attire compared to the year before.

Marking the commemoration in 2017

Turkey had also marked the first anniversary of the coup attempt with various events across the country that had lasted from July 11-16, 2017.

In Ankara, thousands of people marched from Ulus, the gathering point, to the parliament building, before Erdoğan’s arrival to the city from Istanbul.

A monument commemorating the 250 victims was inaugurated with a ceremony after Erdoğan’s speech last year.

Some 25,000 police officers were on duty in Istanbul. (HÜRRİYETDAILYNEWS)