Commemoration even for Sivas massacre 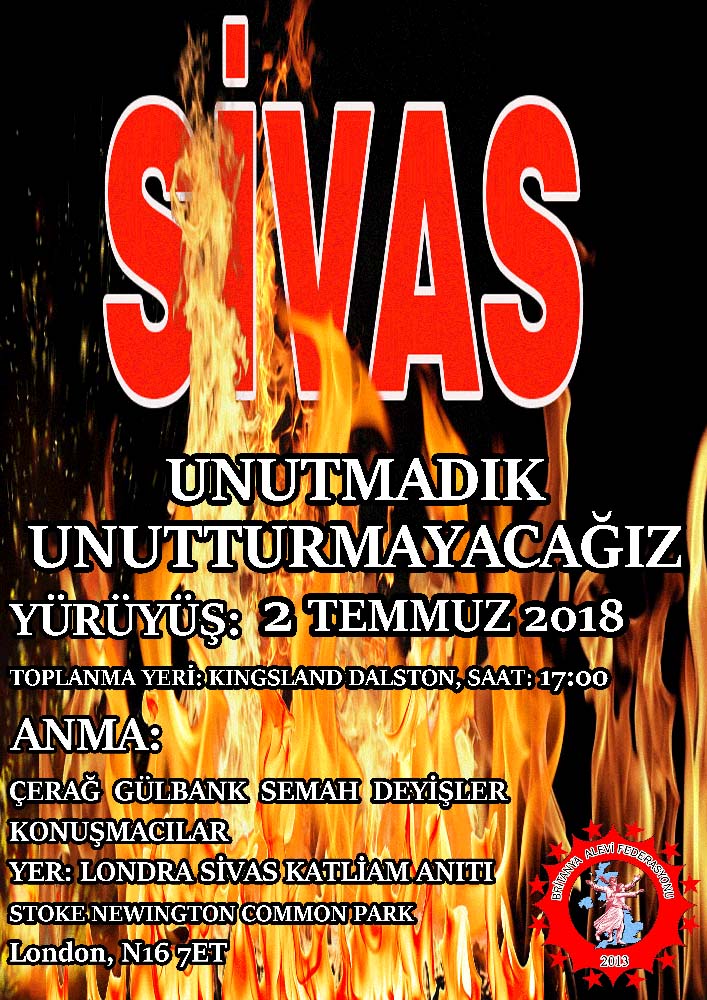 A commemoration event will be held in London for the 35 lost lives at the 1993 Sivas Madımak Hotel fire.

The British Alevi Federation has published a press statement about the commemoration event. The following information was shared in relation to the event: “25 years have passed since the Sivas Massacre. Hence, we have organised a march on 2 July to condemn this massacre and to demonstrate that it has not been forgotten.  We will meet in front of Dalston Kingsland at 17:00 pm and walk towards the Sivas Monument in Stoke Newington at 19:30.” The Sivas massacre, also known as Madımak, refers to the events of July 2, 1993, which resulted in the killing of 35 people, mostly Alevi intellectuals, and two hotel employees. Two people from the mob also died. The victims, who had gathered for a cultural festival in Sivas, Turkey, were killed when a mob of Salafists set fire to the hotel where the Alevi group had assembled.