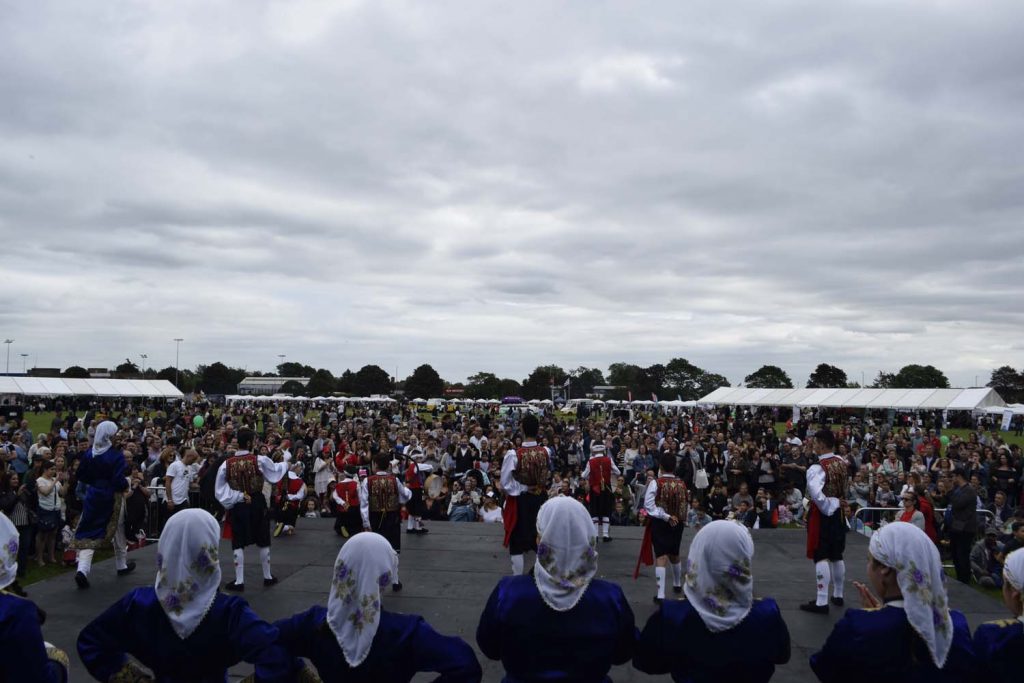 Tens of thousands of people have experienced the same excitement and joy in the festival this year too, there was a great attention from foreigners as well as the Turkish-speaking society.

The president of the Council, Leyla Kemal made the opening speech on the occasion of the festival and thanked the sponsors and participants for their support of the 2.Turkish Cypriot Culture Festival.

Conservative MP Ian Duncan also made an effective speech and urged the United Kingdom officials to support the petition campaign on the launch of direct charter flights to North Cyprus. In his speech he said:

We have pursued many interactions in particular with the Ministry of Transport and Foreign affairs in regards to direct charter flights to Northern Cyprus. We are aware that direct charter flights are extremely essential to our British citizens, inclusive of those from Turkish Cypriot origins. Many of our citizens are experiencing difficulties just to visit their families in Northern Cyprus, thus I will try to reflect the seriousness and importance of this matter. In this context, it is essential for everyone to sign the partition and ensure the campaign reaches its target and this issue will be removed to parliament. Hence, this can only be achieved through unity and solidarity.”

Various artists performed during the festival and ensured festival lovers enjoyed themselves and traditional Turkish Cypriot folk dances were performed which gave the guests pleasant moments.

Their various stands of handcrafts reflecting the Turkish Cypriot culture, authors, and poets, traditional foods and drinks, also old children’s games were presented. The guests who came to the festival enjoyed the happiness of discovering their delicious cultural dishes and had the opportunity to see donkeys.