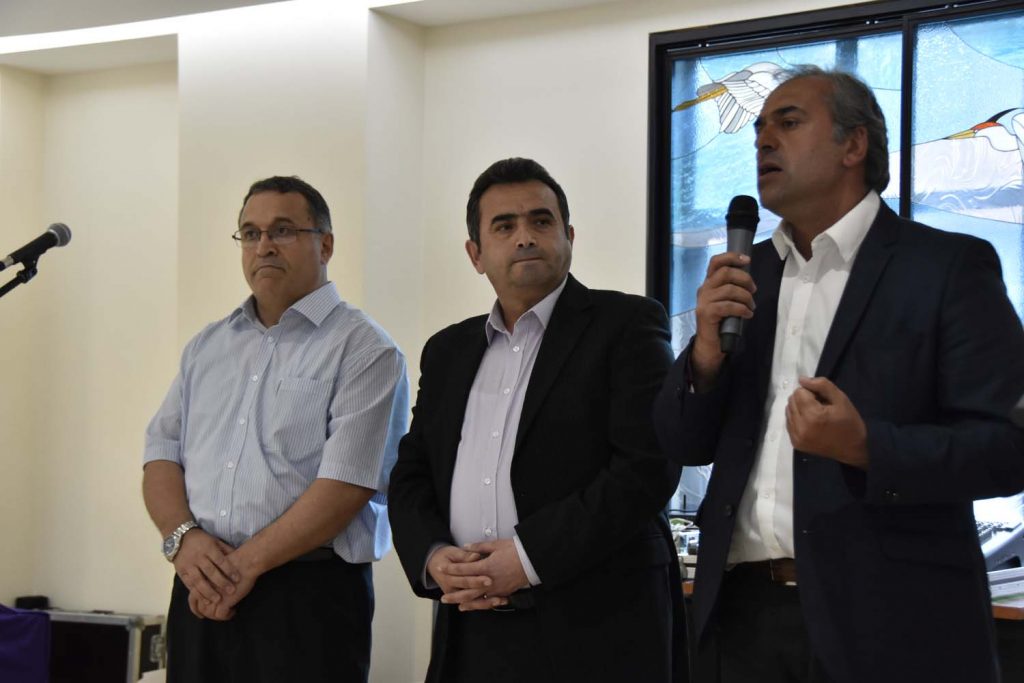 The eighth Alevi Festival, which is held every year to promote the Alevi culture and teachings, launched its festival reception on 20 May Sunday.

The Alevi Cultural and Cemevi UK celebrated its 25th-anniversary ceremony during the reception held in the new building located in Woodgreen.

Ali Dereli Dede made the opening speech during the reception, speaking about the history and activities of the Alevi community living in England. Dereli Dede stated that the Cemvi was first founded 25 years ago in England and it is now the biggest one in Europe.

The President of the Alevi Cultural Center and Cemevi, Hüseyin Üzüm gave information about the activities which will be carried out during the festival week. After Üzüm’s talk, the President of the British Alevi Federation, Israfil Erbil invited the former chairman Cemevi Hüseyin Çiftçi to the state and pair gave messages of unity and solidarity to those who intend to divide the Alevi society.

The festival will last for two weeks and there will be many activities and events starting from 25 May Friday. On 3 June Sunday, thousand are expected to attend to the park festival, whereby Niyazi Koyuncu, Töre Anadolu, Grup Zemheri, The Voice Turkey finalist Yener Bulut- Ümit Durak, Tuğba Özcivan, Emrah Tak, Anatolian Collective and surprise artists will attend.