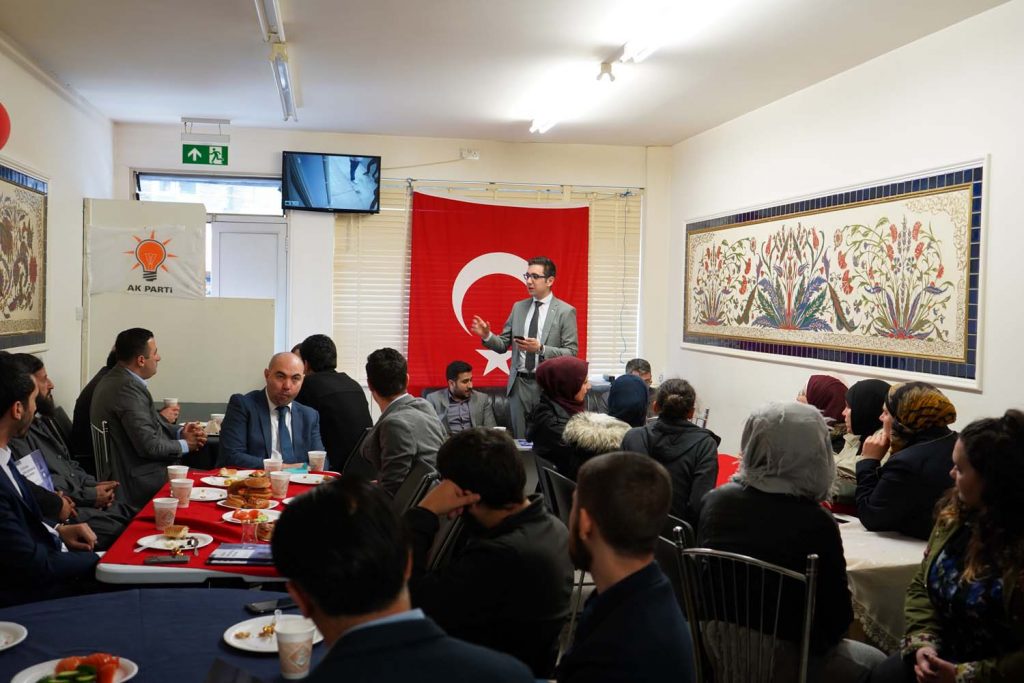 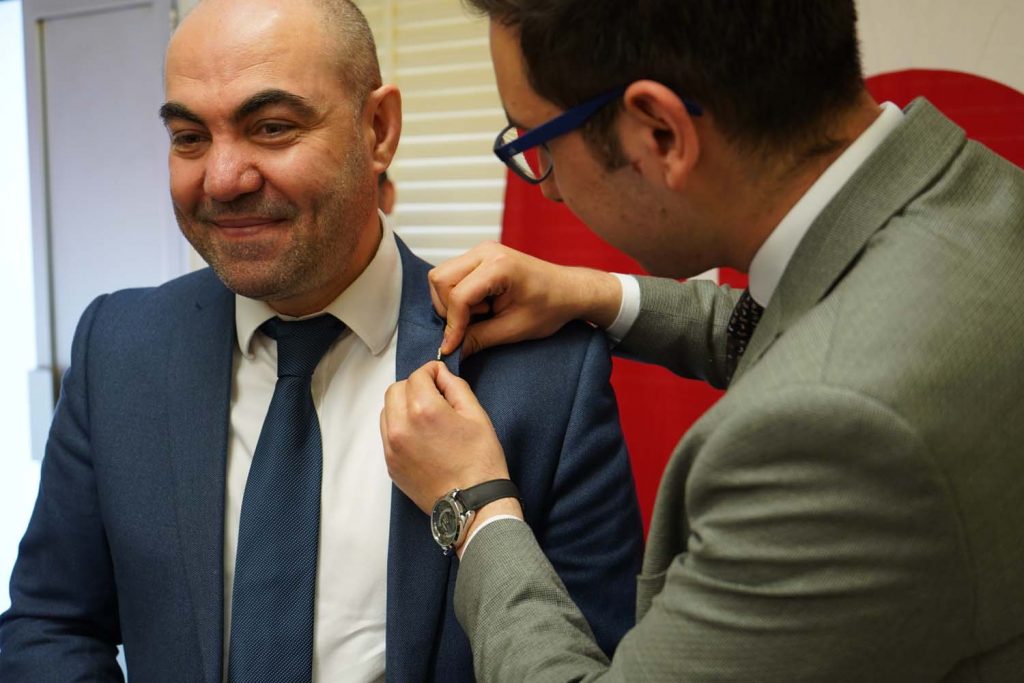 THE AK Party youth living in England came together just before the early elections on 24 June.

“Ak Party politics is getting younger, stronger and Turkey is stronger” was the slogan on 13 May Sunday at the AK Party election coordination centre where they came together.

Speaking after breakfast, Denis Ali Kaya, vice-chairman of the UK AK Party Youth Branch, said that the Youth Arms President, Engin Sicimoğulları, was abroad to be in contact with a number of contacts and could not attend the meeting. Speaking in a short speech, Vice President Kaya emphasized the importance of foreign elections and said:

“There are about 4 million voters abroad. This number is equal to the big cities in Turkey. This vote is a potential power to change the fate of Turkey. In this process, especially the youth is very important. By using the votes of the young people, our country must have the right to speak for the future.”