Paraglider dies and another injured in mid-air crash near  Peterborough 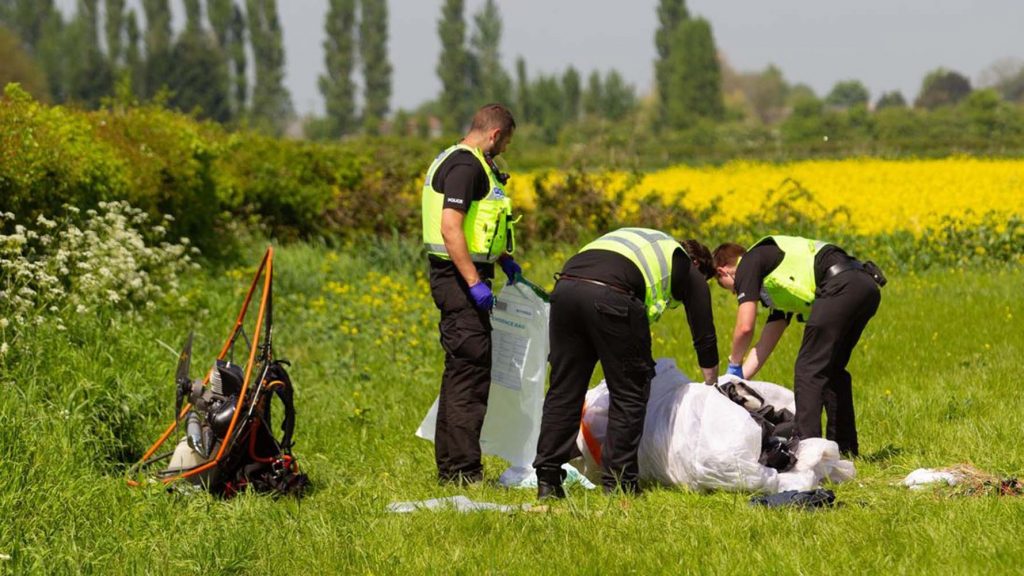 A second paraglider suffered potentially life-changing injuries in the crash and was taken to hospital, according to Peterborough.

The pilots were flying powered paragliders, the paper reports.

Emergency services were called to Rippons Drove in Northborough, eight miles north of Peterborough, at about 8.45am on Monday.

“One of the pilots, a man in his 50s, sadly died at the scene,” a Cambridgeshire Police spokesman said.

“The second pilot, also a man, in his 40s, was taken to Nottingham Hospital by air ambulance with serious injuries.”

The incident has initially been referred to the AAIB (Air Accidents Investigation Branch), who have asked colleagues at the British Hang Gliding and Paragliding Association to conduct an investigation on their behalf, according to the local paper.

The force said they would assist by securing the scene and collecting information the coroner will want to know. (SKYNEWS)