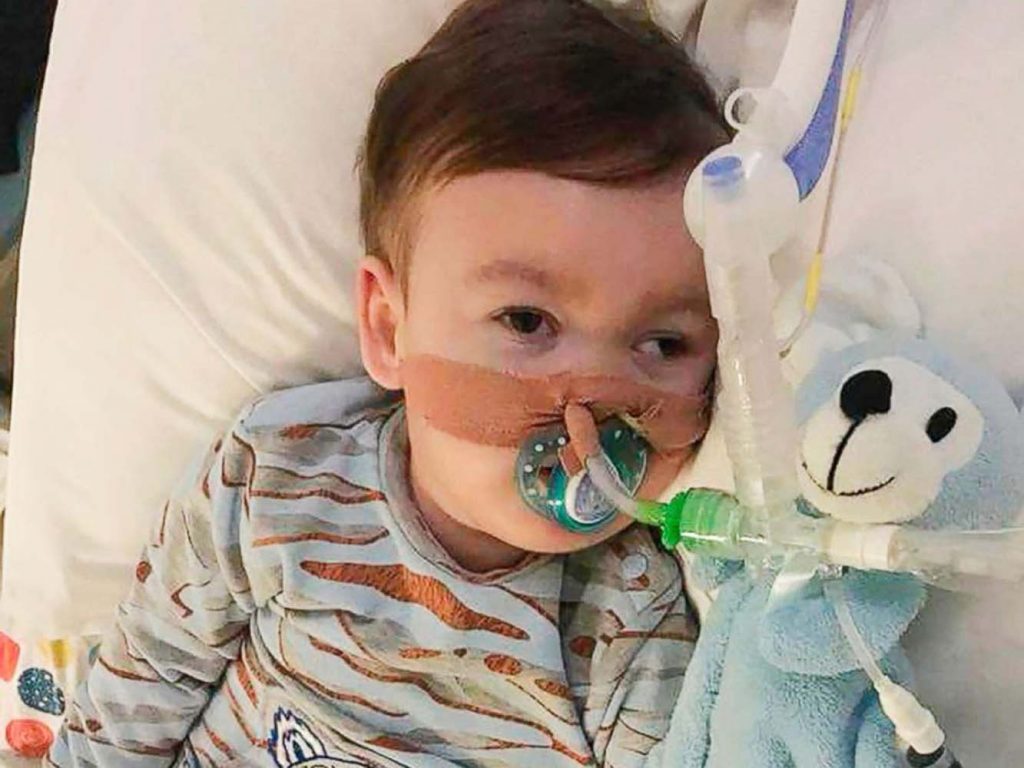 ALFIE Evans, the 23-month-old toddler at the centre of a High Court legal battle, has died, nearly a week after his life support was withdrawn.

The Pope, who took a personal interest in the case, tweeted: “I am deeply moved by the death of little Alfie.”

He stated: “Today I pray especially for his parents, as God the Father receives him in his tender embrace.”

Hundreds of supporters of Alfie’s parents, known as Alfie’s Army, released balloons at a park in a tribute to the toddler.

The tragic case of a 23-month-old boy who died after spending more than a year in hospital attracted widespread media attention.

The father of toddler Alfie Evans has said he dreamed his son would follow in Wayne Rooney’s footsteps.

He was presented with the annual Blueblood award by Everton chairman Bill Kenwright, which is given to those who “embody the Evertonian spirit”.

Mr Evans said: “Alfie will always be a part of Everton.”