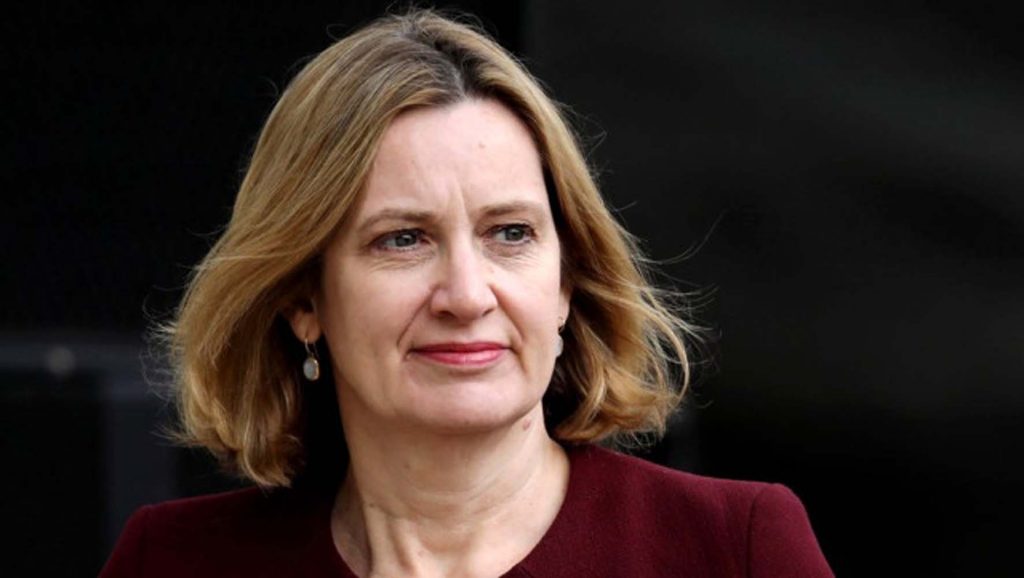 The Windrush scandal had heaped pressure on Ms Rudd, who faced criticism over whether she knew about Home Office removals targets.

Shadow home secretary Diane Abbott, who had repeatedly urged Ms Rudd to go, said she had “done the right thing”.

Ms Abbott added that the “architect of this crisis” – Theresa May – must come before the Commons to explain “whether she knew that Amber Rudd was misleading Parliament and the public last week”.

On Sunday, the Guardian published the full letter it had reported on a week earlier, in which Ms Rudd set out her “ambitious but deliverable” aim to deport 10% more illegal immigrants over the “next few years” to Theresa May.

Ms Rudd, who had been due to make a Commons statement, telephoned the prime minister on Sunday evening to tell her of the decision amid intensifying opposition demands for her to quit.

In her resignation letter, Ms Rudd said she takes “full responsibility” for the fact she was not aware of “information provided to (her) office which makes mention of targets”.

In response, Mrs May said she believed Ms Rudd had given her evidence to the Commons “in good faith” but that she understood her decision to resign and take “responsibility for inadvertently misleading the home affairs select committee”.

She should “take great pride” in what she achieved at the Home Office, Mrs May added.

Ms Rudd’s successor is expected to be announced early on Monday morning.