Brexit will provide benefits to Turkey 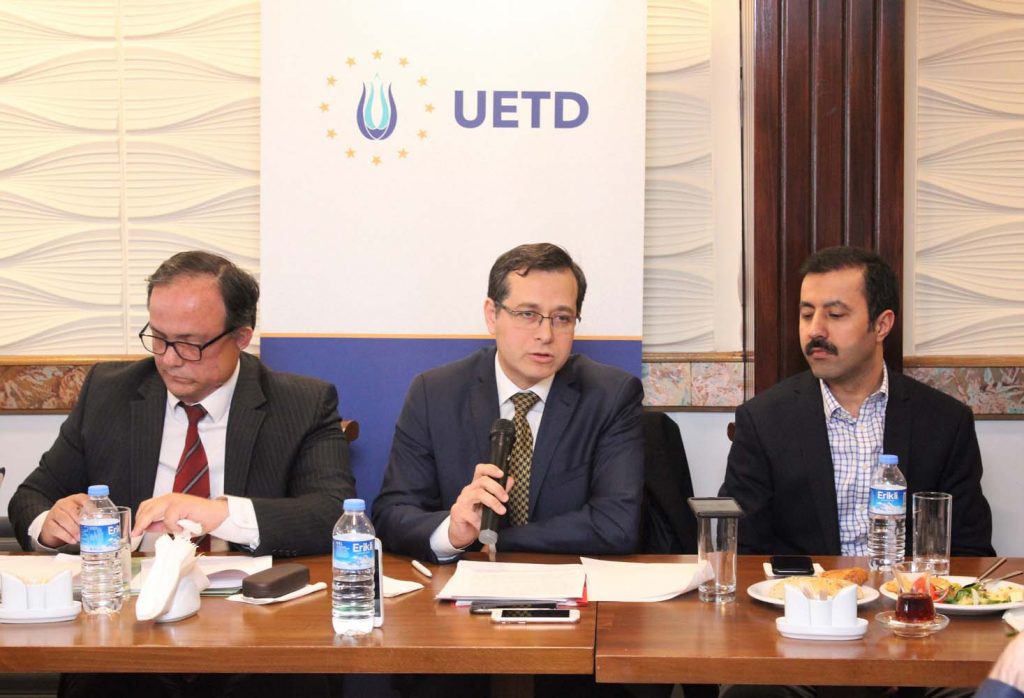 CHIEF Consultant Süleyman Beşli and Trade Lawyer Yusuf Kılınç, made a statement after Brexit UK – Turkey trade relations about the potential of the Ankara Agreement.

Union of Turkish Democrats (UETD) held its monthly “Public Meeting” inviting Chief Advisor Süleyman Beşli and solicitor Yusuf Kılınç to speak at the meeting on Turkey’s London trading after Brexit England with possible commercial relations between Turkey and made assessments regarding the Ankara Agreement.

Chairman of the panel, UETD Erdal Yetimova, stated that they are welcoming two important guests as speakers at regular meetings every month, when they are trying to place people’s problems.

Basil emphasised that it is important for commercial exchange based on very old historical ties between Turkey and UK, “As you know, the UK has always been one of Turkey’s most important trade partners. In 2016… our trade volume with the UK increased by 5.2% compared to the previous year. This should be seen as proof of the depth of our commercial relationships, “he said.

Saying “Our bilateral trade with the United Kingdom totalled $ 16.1 billion in 2017, our country’s exports to the United Kingdom decreased by 17.78 % compared to the previous year…” The two countries signed a Free Trade Agreement unless required to enter.

Lawyer Yusuf Kılınç, evaluating developments in the Ankara Agreement, which has been a hot topic in recent weeks, said that Hacer Aydoğdu case and the Home Office reassessed the agreement. Kılınç said that the announcements made for the present time have created an ambiguity about the indefinite session. “In the past periods, Home Office made similar changes and applications. But after that, it was always positive. That’s why I do not need to be pessimistic. I believe that thanks to the reactions and objections to be made a positive regulation will be made about it.