UK workers are ‘lazier and more expensive’ than migrants 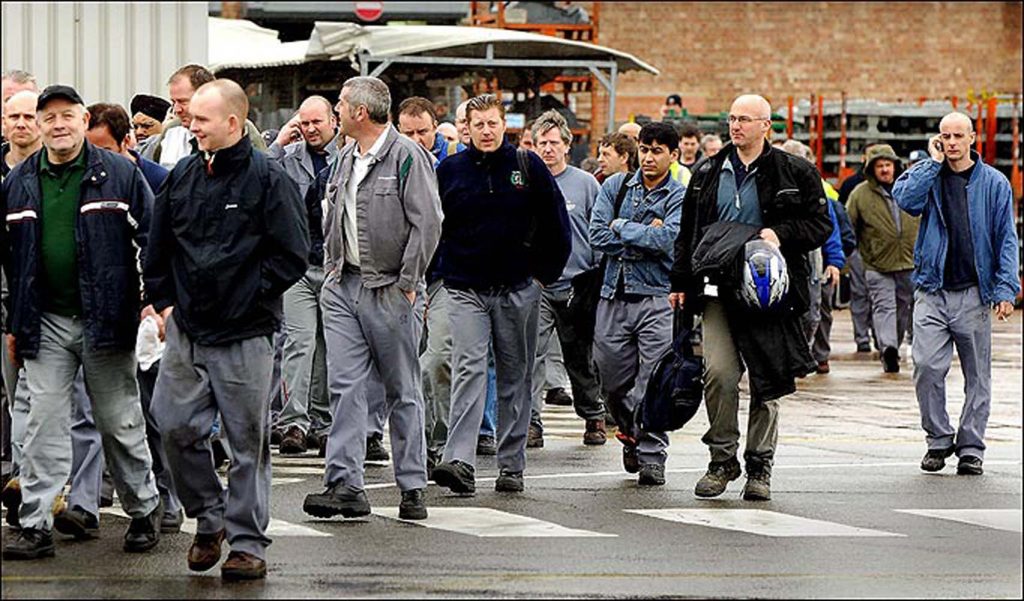 Factory workers leave Peugeot’s Ryton factory in Coventry, following a meeting with management, where union officials raised the threat of industrial action to fight the French car giant’s shock decision to close its UK factory with the loss of 2,300 jobs.

BRITISH firms are concerned in relation to the loss of EU migrant works after Brexit due to their UK counterparts are said to be lazier and take more time off work, an official government report has stated.

The Migration Advisory Committee discovered that workers from Europe are “a high quality, eager workforce” in comparison to UK-born workers, leading employers to rely on them instead.

Employers are worried they will not be able to employ workers from the EU after Brexit, which will result them to pay more on less productive British workers that could increase prices or force production abroad whereby it is low-cost.