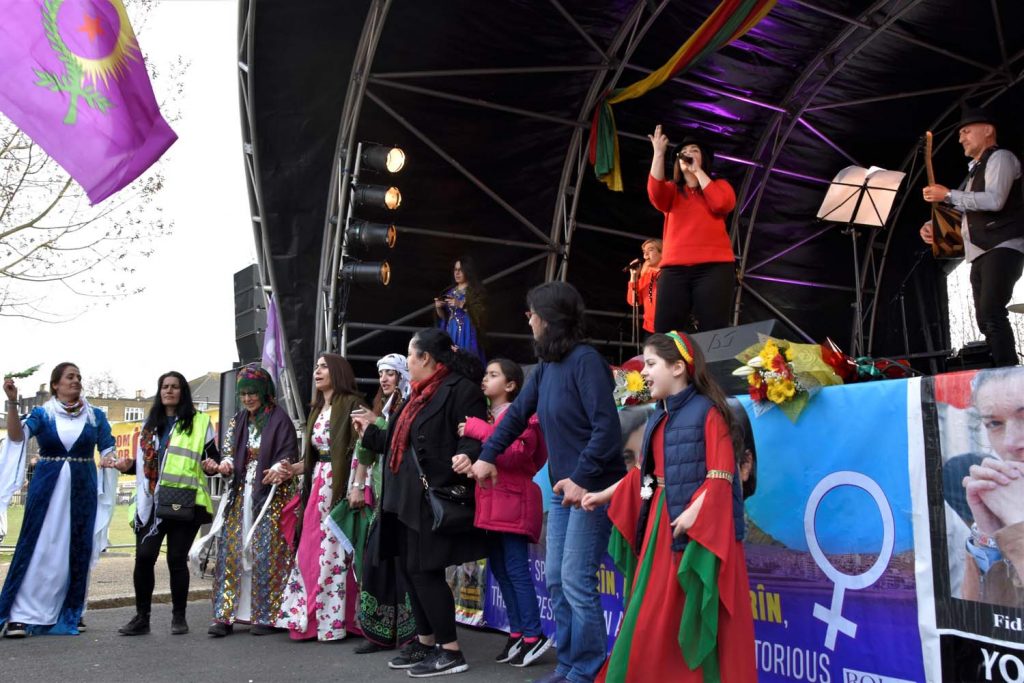 Thousands of people attended to the colourful festival. The event, accompanied by concerts, talks and folks, took place on Sunday, March 25th. Foreign representatives also attended the celebration of Newroz, where the Kurdish community living in England showed great interest.

Doug Nichools, the President of the General Union of Trade Unions Federation (GFTU), Pastor John Ryan the Justice Peace Commission of Westminister, Apo Gurlek on behalf of the Democratic Union of Power and Stewe Sveney, British Journalist, spoke at the festival. Speakers celebrated Newroz and once again expressed their support for the Kurdish people on all platforms.

Speakers also emphasised that they support the Kurds’ struggle for freedom and independence, they have criticized Turkey’s military action in Afrin with a heavy language. Thousands of people participated in the festival, the participants were excited by the concerts and danced for long hours. The festival also received aid to be sent to the people of Afrin. 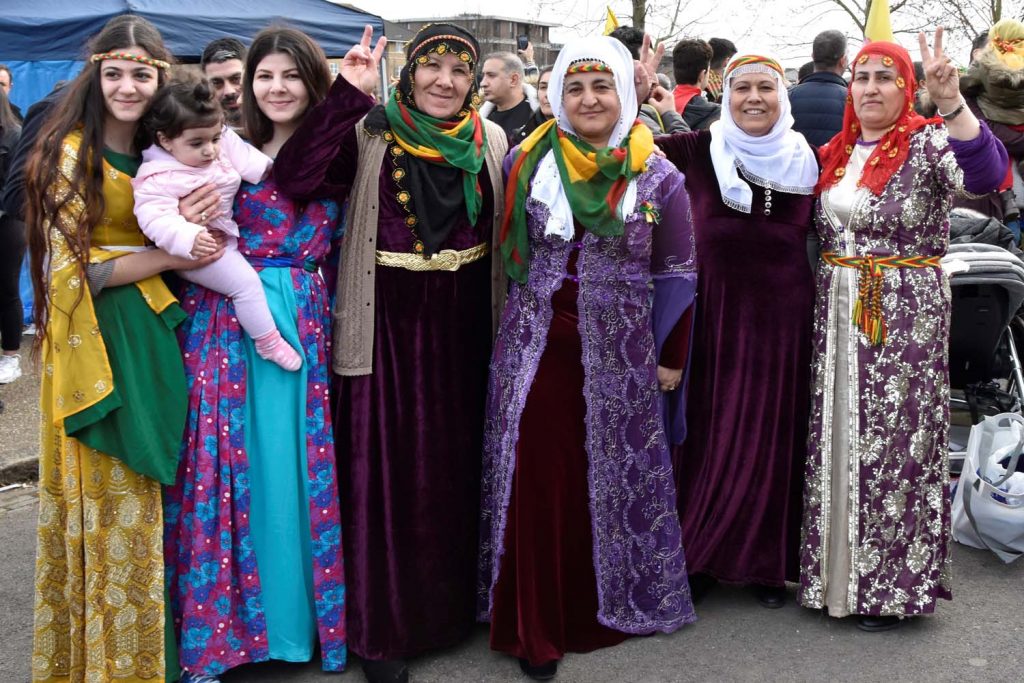 According to the information contained in Wikipedia’s internet encyclopaedia, Blacksmith Kawa epic says: “2500-2600 years ago there was a blacksmith named Kawa who lived under a very, very cruel king Assyrian named Zuhak (Dehak according to some sources).

This king was a complete beast and according to legend, there was a snake on both shoulders. In order to feed these two snakes, he will bring two children from the public as sacrifices to his palace and gave the children’s brains as food to the snakes.

At the same time, this monster prevented the spring from coming. Finally, two people named Armayel and Garmayel, who are sick of this tyranny and want to do something, succeed in entering the king’s palace as a cook and only kill one of the children to feed to the snakes and free the other. 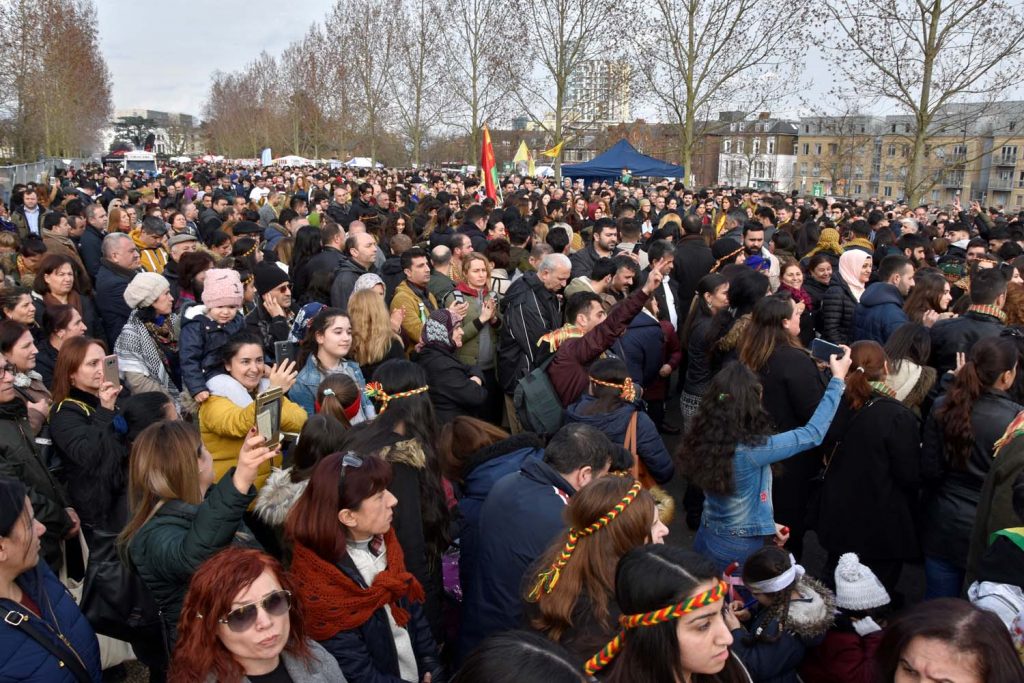 They would mix the brain of a child along with a sheep and this way they would save one child every time. It is believed that those who escaped are the ancestors of the Kurds.

The escaped children are trained secretly by the blacksmith Kawa and become an army. This army led by Kawa takes a walk on March 20th to the palace of the tyrant king, and Kawa succeeds in killing the king with a hammer crane. Kawa burns fires in all the surrounding hills and celebrates this victory with them. Thus the Kurdish people will be freed from the cruel king and the spring will come the next day.”