Hasan Özcan was buried in his hometown

ON 3 February, 19-year-old university student Hasan Özcan was murdered in a fatal knife attack carried out in Barking, London. 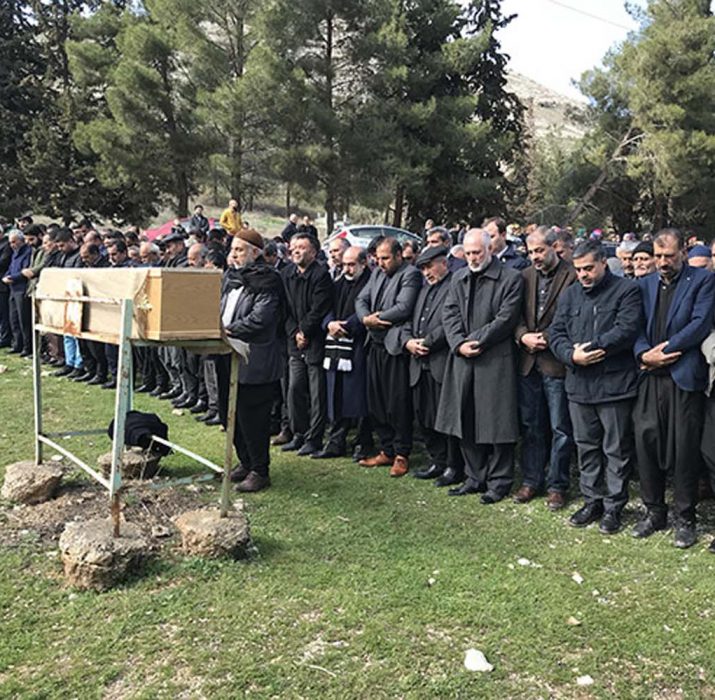 ON 3 February, 19-year-old university student Hasan Özcan was murdered in a fatal knife attack carried out in Barking, London. After the condolences held in London Suleymaniye Mosque, his body was sent back to his village Nizip Güder in Turkey where he was buried along with prayers.

The women from the village where they with the greeting “Welcome to your village Hasan”, the funeral was funeral was attended by at least 500 people where Hasan was buried along with prayers.

Hasan Özcan’s father Abdullah, his mother Emine Özcan and their relatives were not been able to keep their tears while sending Hasan off to his last journey. Families and their relatives have accepted the condolences in Seyrantepe 2 social facilities in Gaziantep.

Hasan Özcan, who lived in London with his family, read Criminology at Canterbury College in Kent. He was studying ‘Science of Crimes’, a science fellow who tackled crime and criminals.

On Saturday, February 3, in Barking, London, on Linsdell Road, Hasan was attacked by a group and lost his wife in the scene. According to the information given by his family, Hasan was attacked with a knife last year and he suffered a serious wound in his head.

THE FOUR SUSPECTS WILL BE PUT ON TRIAL

Four people have been arrested in connection to Özcan murder and were taken into police custody. Three of the suspects were released on bail till the day. The first session of the crime will be held on March 15th and suspects will be brought to court.

The police, continuing to investigate the murder, appeal for any information from eyewitnesses and those with knowledge of the incident should contact HMCC officers via 02083453985. To remain anonymous call Crimestoppers on 0800555111 or visit crimestoppers-uk.org.