“We appreciate the position of the British government”

AKP Deputy Chairman Mehdi Eker, who attended a meeting organised in the British Parliament, saying, “We appreciate the British government’s stance on the operation of the Olive Branch.” 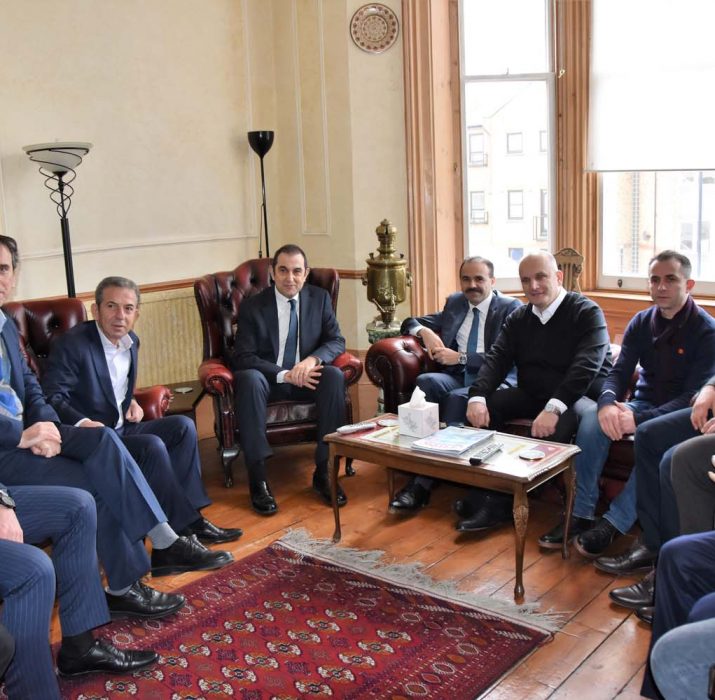 AKP Deputy Chairman Mehdi Eker, who attended a meeting organised in the British Parliament, saying, “We appreciate the British government’s stance on the operation of the Olive Branch.”

AKP Deputy Chairman Eker participated in a panel titled “The Battle of Syria and the Importance of Syria’s Soil Integrity” organised by the European Union of Turkish Democrats-UK (UETD UK), hosted by Lord Mark McInnes. The panel took place in the parliament building.

Referring to the Olive Branch Operation, Eker expressed the impact of the operation carried out by Turkey in Syria and the aspect of it on both civilians and military.

Eker said:  “The purpose of the operation is to ensure our borders and ensuring the security and stability of the region… This operation is not conducted against the Kurds or the Arabs. The operation is arranged to rescue the villagers, from the oppression and persecution by the terrorists. ”

Eker stated that Turkey is also voicing being part of the international coalition against DEAŞ, he evaluated “Turkey’s civilian aspects of the operation aims to create a safe space for the Syrians.”

“WE ARE LEFT ALONE”

“The fact that the city is under threat in Turkey’s border with Syria”, “States the infiltration of terrorists”, “used as a springboard to the region to reach the Mediterranean” Eker explains that as a threat reasons for Turkey’s situation in Afrin, “our allies that fight the terrorist groups, we prefer to join hands with our partners in NATO and other international organizations but we were left alone.What is important in the fight against terrorism is that all states should not support a single approach to all terrorist organizations. ”

In addition to the event, Eker and Lord McInnes, Michael Stephens, Researcher of the Middle East Studies at the Royal Institute of Armed Forces in London (RUSI), UETD UK President Erdal Yetimova, a large number of students and academicians attended.

Turkish Armed olive branch in Syria Afrin Forces in connection with Operation “Turkey’s legitimate interests of the familiar about the security of their borders” states the British government, “Britain, Turkey will provide stability in Syria and the nucleotide encoding allies to refrain from escalation and Turkey ‘ “We are committed to working closely together to find solutions that will protect our security interests.”