ENFIELD Mayor Christine Hamilton, who was approaching the end of his duty, gave an invitation to a meal for the benefit of the Enfield Care Home. 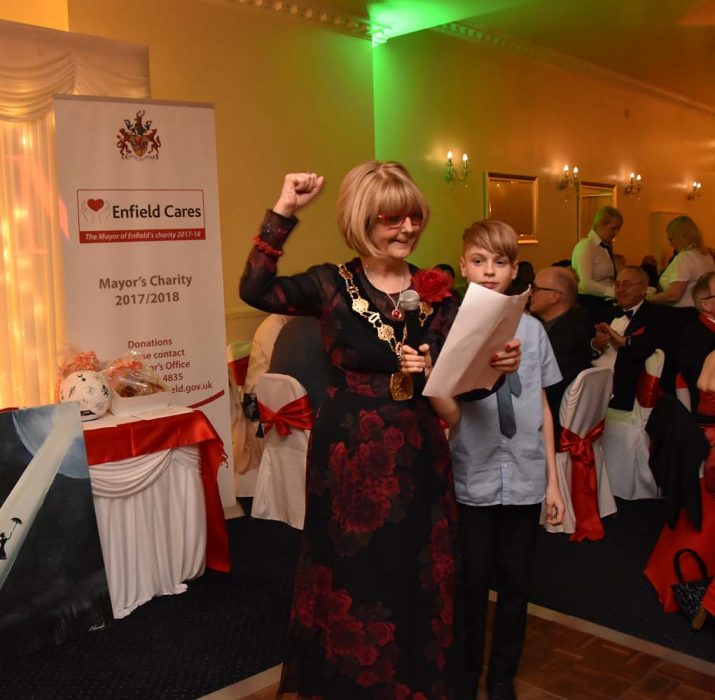 ENFIELD Mayor Christine Hamilton, who has approaching the end of her duty, shared an invitation for a dinner the benefit of the Enfield Care Home.

Hamilton, Mayor of Enfield , is a known for her support for nine different charities. Hamilton All People All Places to help homeless people, Mind in Enfield to support the psychological and social development of the people of the region, Tender Care Health Initiative for the benefit of women and children, The Nightingale Cancer Support Centre to serve the cancer-affected community, joint cell anaemia The Sickell Cell & Thalassaemia Fundraising Group to help fight against leukaemia, Enfield Mac Millan Cancer Support to support cancer patients, Enfield Carers Centre to help inhabitants in need, Chicken shed Theatre to perform theatre activities, and Enfield Disability Action institutions to help disadvantaged residents.

Speaking at the event, Hamilton expressed gratitude for all the politicians and bureaucrats who did not leave her alone at the meaningful night, thanking everyone who attended. Hamilton’s speech was frequently met with applause, referring to the work she has done during her tenure. Many council officials in North London, Labour Party MPs Joan Ryan, Bambos Charalambous, and leader of Enfield Council Doug Taylor, Deputy Mayor of London Joanne McCartney and many other Turkish and local councillors attended, including presidents and representatives of the councils that were in the neighborhood with the borough of Enfield. Turkish and Turkish Cypriots didn’t leave Hamilton alone on the meaningful farewell night. It was learned that the proceeds from the gift lottery and the auction night would all be donated to the Enfield Care Home.