Queen of the run way

THE QUEEN made her first ever appearance at London fashion week, front row and centre of Richard Quinn show seated next to US vogue editor Anna Wintours. 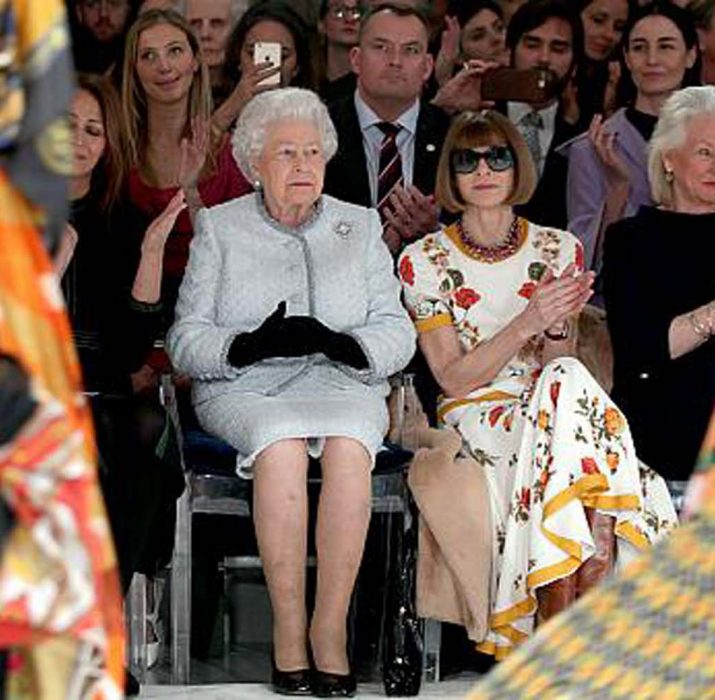 THE QUEEN made her first ever appearance at London fashion week, front row and centre of Richard Quinn show seated next to US vogue editor Anna Wintours.

There to present the new Queen Elizabeth II Award for British Design, the 91 year old monarchy was dressed for the occasion with her Swarovski crystal embellished duck egg blue tweed dress and jacket by Angela Kelly.

Greeted by Caroline Rush CBE, Chief Executive of the British Fashion Council (BFC), the Queen awarded the first recipient of the Queen Elizabeth II Award to the British fashion designer Richard Quinn. An emerging talent within the UK Quinn has been widely recognised for his use of prints.

This is the first time in her 65 year reign that she has attended London fashion week. It has been established that the awards will continue on and each year a designer will be selected. With the official royal twitter page saying:  “The Award, initiated in recognition of the role the fashion industry plays in society & diplomacy, will be awarded annually to an emerging British fashion designer who shows talent and originality, whilst demonstrating value to the community and/or sustainable policies.”