Compliments to the TRNC representative 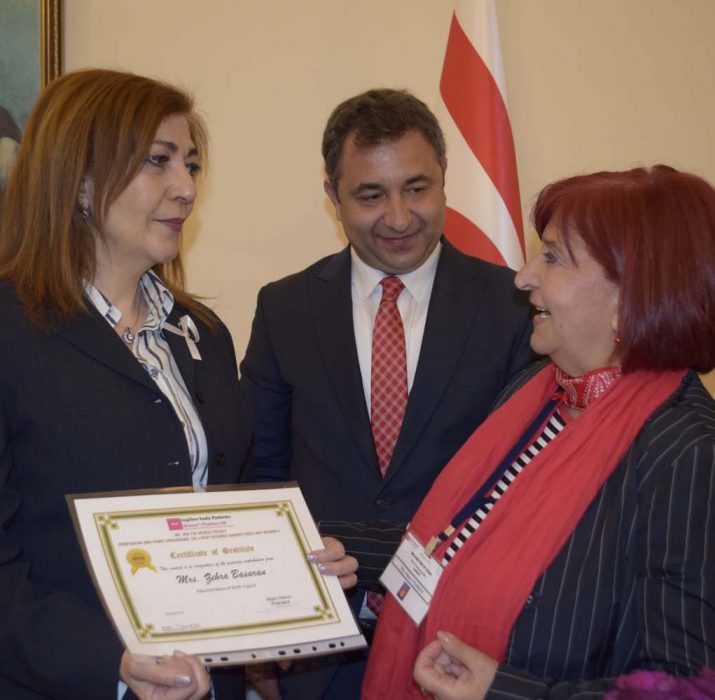 On Monday 19 February, a delegation of 40 people visited the representative alongside the UK’s Women’s Platform.

TRNC representative Zehra Başaran announced that a meeting will be held with a panel of senior officials of Enfield council as awareness platform on violence against women. Additionally, she noted that a meeting will also be held at the House of Lords in the presence of Baroness Meral Hussein Ece.

Zehra Başaran stated “Here as an embassy of the Turkish Republic of Northern Cyprus we provide approximately 300,000 TRNC citizens with consular services. In addition to these, there are also associations under the consulate structure in London, such as school associations affiliated to the educational consulate and we work together will various civil societies…. On 13 January, 1983, before the TRNC was established I started working as a diplomat, I was the only woman among six diplomats. But six years later, six more diplomats were employed and only one was a man whilst the others were all woman… at first it’s quite difficult for a women to be promoted as a executive or a high ranking position however, contemporarily it has become a breaking point for women.”

Muharrem Dayanç, a civil society leader who has drawn attention in Izmir with his social responsibility projects, thanked Zehra Başaran for the sensitivity she has portrayed in relation to the women awareness projects for violence against women on behalf of women from Izmir.