BRITIAN’S Zaza Association Managers visited us here at Londra Gazete on February 21st for International Mother Language Day, to bring awareness and support of Zaza language, which was opposed by the danger of extinction. 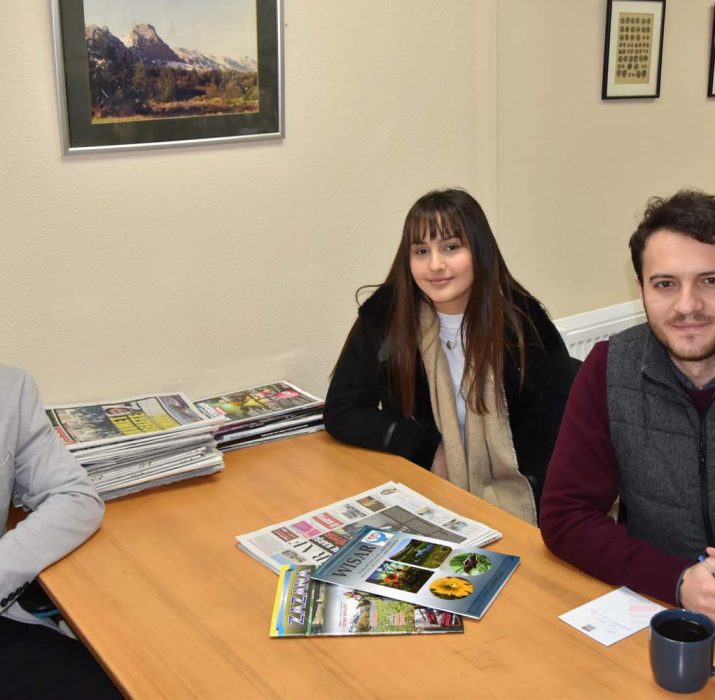 BRITIAN’S Zaza Association Managers visited us here at Londra Gazete on February 21st for International Mother Language Day, to bring awareness and support of Zaza language, which was opposed by the danger of extinction.

UNESCO, The United Nations Educational, Scientific and Cultural Organization, has put the Zazac, known as the Zaza language, on the list of languages of being endanger of extinction. On February 21st, members of Britian’s Zaza Association visited us on the International Mother Language Day and made a comment on the relocation of Zaza language to future generations.

They want to draw attention to the Zaza’s living in the Turkish Community and across Britain saying:

“As it is known, Zazaca is the language of Anatolia; According to UNESCO criteria, it is in the world languages facing the danger of disappearance. February 21 International Mother Language including our compatriots primarily Zazaca once again on the occasion of the Day, we urge all of the Turkish Society to be sensitive towards this matter. On this occasion the Republic of Turkey’s 3rd largest ethnicity which we kept alive the Zazac Anatolia’s ancient language is decreasing in importance of passing on to future generations in Republic of Turkey.

As Zazas of the Republic of Turkey: our Anatolian Zaza language is facing extinction. We want to have our Zaza geography and Zaza language to be taught in our schools as a compulsory lesson in classrooms till year 5, in South and West regions of Turkey where there are loads of Zazas residing such as being taught at the Bingöl and Munzur University alongside Elazığ Fırat University, along with the The Zaza intellectual and academic initiative, top start teaching the Zaza language and Literature in Diyabakir University and in some of the universities in Erzincan, Erzurum, Adıyaman, Muş, Sivas, Malatya and Urfa where Zazas reside. We also suggest on having a 24 hours TRT channel dedicated to Zazas broadcasting.”