TANJU Özcan Member of Parliament for Bolu, Turkey, participated in the panel organised by CHP UK, were he met with the London’s voters. 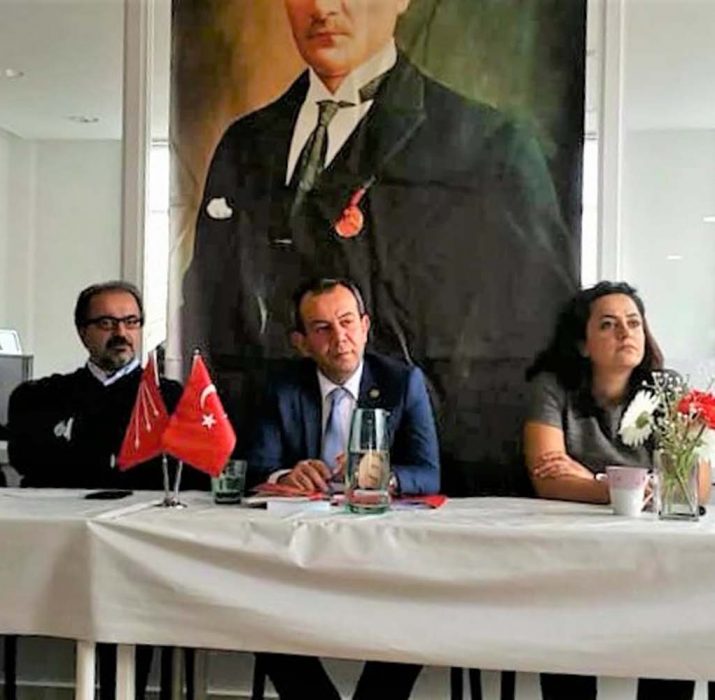 TANJU Özcan Member of Parliament for Bolu, Turkey, participated in the panel organised by CHP UK, were he met with the London’s voters.

A panel was held in London to evaluate the pre- and post-CHP general congress last week. CHPs members living in the UK participating in the panel, this gave them and the opportunity to explain their experiences to the Bolu MP Tanju Özcan. Speaking at the panel, Özcan started by describing the Change Group, which is within the CHP and led by Muharrem İnce. Özcan, who stated that they initiated signature campaigns for the amendment of some subjects in CHP Constitution Congress to be held in March, stated that they wanted to make amendments to important issues such as the delegate system applied at the congresses, especially the appointment of the President of the Republic.

Tanju Özcan, one of the most important names supporting Muharrem İnce, the candidate of the Change Group at the last congress, argued that the biggest obstacle in the change of party management was the delegate system. “This regulation is not Kılıçdaroğlu, Deniz Baykal was brought during the period. However, Kılıçdaroğlu used this rule until the end. “Özcan said,” In every congress, the same system is applied and a president is still in office with 8 elections and a referendum lost in the country. Turkey has no examples of this in political history. If a party leader cannot come to power after two elections at the most, there is no chance of winning again.”