THE TURKISH and Kurdish Community Solidarity Centre has appointed a new governing board at their 19th annual general meeting attended by Day-Mer members and supporters. 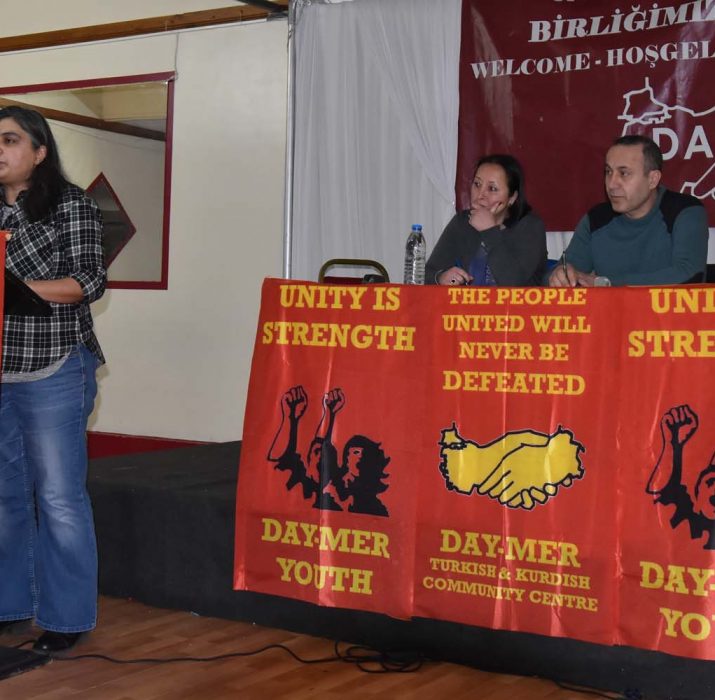 THE TURKISH and Kurdish Community Solidarity Centre has appointed a new governing board at their 19th annual general meeting attended by Day-Mer members and supporters.

At the meeting which took place on Sunday, February 11th at the North London Community Centre in Day-Mer, several talks were held after the election of the committee.

The first mention occurred with the 18th Term President of Day-Mer, Asli Gul spoke on UK economy throughout the UK. While Day-Mer Board Member Arif Bektas’s noted that the developments which are occurring are Turkey are being reflected in London.

After July 15 Impact Initiative which was announced in Turkey Emergency (State of Emergency) and referring to the increasing pressure on the country Bektas states, as Day-Mer there are willing to be in close cooperation with peace and pro-democracy organisations to defend the rights of victims.

During the suggestions part of the meeting, it has been requested in recent years to support Ankara Contracted Immigrants, whose numbers have increased considerably. As a result, a committee has been agreed to be established to defend the rights of immigrants from Turkey.

NEW BOARD OF COMMITTEE