JOURNALIST Ugur Mumcu and other democracy martyrs where remembered in the event organised by the Atatürk Society UK (ADD). 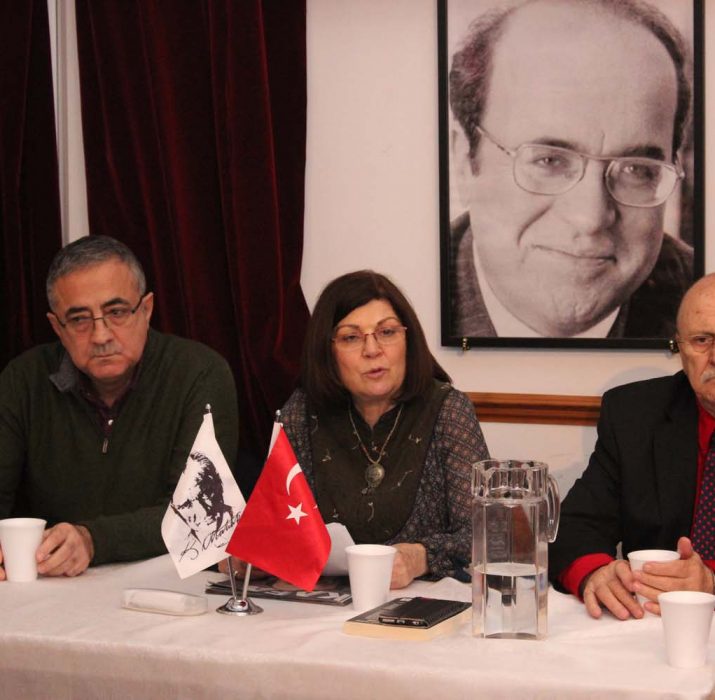 JOURNALIST Ugur Mumcu and other democracy martyrs where remembered in the event organised by the Atatürk Society UK (ADD).The memorial night, which took place on Wednesday, January 24 at 7pm, attracted considerable interest by the Turkish community, took place at Azerbaijan House on Kingsland Road in London.

Speaking after a short documentary about Ugur Mumcu’s life, the President of the Atatürk Society UK, Jale Ozer mentioned all of the martyrs of lost democracy mentioned one by one in her speech:

“Ugur Mumcu, who was murdered on January 24, 1993, and Prof. Dr Muammer Aksoy, the founder of the ADD, who was murdered on January 31, 1990, He was killed by the Diyarbakir Police Chief Gaffar Okan, murdered on 24 January 1993, the ADD Secretary-General, Ahmet Taner Kışlalı, Professor. Navy, Professor. Ümit Doğanay, Associate Professor Necip Hablemitoğlu Abdi İpekçi, Turan Dursun, Çetin Emeç and many more beautiful enlightened martyrs in respect. May they all rest in peace.

Prof.Dr.Muammer Aksoy, a lawyer, writer and political man at the same time, who was murdered while on his way to his home in Ankara Bahçelievler on January 31, 1990… About two hours after he was slaughtered, a person who rang the newspapers said, “Prof. Aksoy said that he was punished by Muslims for his attitude towards Islam and he committed the murder in the name of Islamic Movement.

However, the next day’s press release would say: “Those who say that Ataturk is an enemy of religion are the enemies of freedom of conscience, which are not jihad or destroying the ones who do not think like themselves and have different beliefs. Ataturkism is not the religion but the enemy of the dinbezizgan. “… I want to finish my speech with the words of Prof. Dr. Muammer Aksoy, our Founding President; Those in favor of Civilisation, which are so courageous and selfless since the retardation unless, Turkey unsustainable going towards the intelligentsia horizon, moreover irrepressible be buried in the dark middle ages … “