THE REPUBLICAN People’s Party (CHP) England association’s youth branch organised a breakfast and panel event whereby, they addressed the issues on the agenda of Turkey. 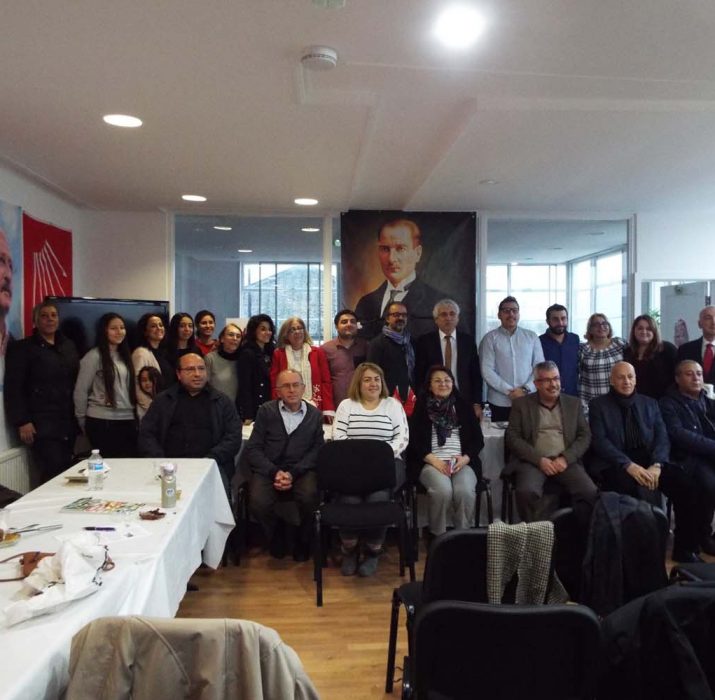 THE REPUBLICAN People’s Party (CHP) England association’s youth branch organised a breakfast and panel event whereby, they addressed the issues on the agenda of Turkey.

The event occurred on January 21, Sunday, 2018, it was held at the CHP England association centre. Mehmet Tüm the CHP politician participated in the event and answered questions in regards to Turkey’s current socio-political situation.

Mehmet Tüm touched upon various issues such as the unemployment rates increasing and the Religious Affairs reducing the age of marriage to nine.

“400,000 teachers received diplomas for professions in Turkey, but were unable to take part in them and this has resulted in many suicides. The increase in the number of students in the Imam Hatip schools has noticeably increased over the years. This situation negatively affects the education system in the country. The level of unemployment has increased significantly in the country, especially in some areas. Especially young people have important tasks on every issue. It is not necessary to be hopeless in this regard as it is in any case. Whatever happens, do not forget to respect the elected. I firmly believe that CHP will come to power in elections to be held in 2019. If the CHP had not been in Turkey today, Turkey would be a very different form. I want you to know that the CHP is doing very important work as an opposition.”

Call for solidarity for a Turkey without state of emergency