The Alevi Cultural Centre and Cemevi UK opened the biggest centre in the UK and Europe, the opening ceremony was attended by thousands of people. 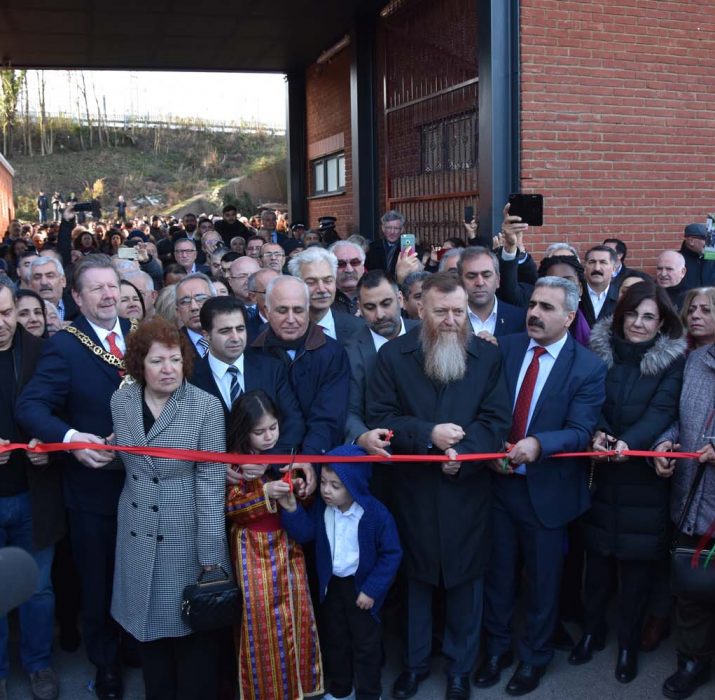 The Alevi Cultural Centre and Cemevi UK opened the biggest centre in the UK and Europe, the opening ceremony was attended by thousands of people. The Cemevi project started years ago and the generous support of the Alevi people was completed with the superior efforts of the 20th term administration under the presidency of Tugay Hurman. The Cemevi opened in North London’s borough of Wood Green where Turkish-speaking communities live intensely, the centre will serve not only as a place of worship but as a centre for education, culture, and people to come together.

Cafer Kaplan Dede, who made a pre-ribbon speech at the opening ceremony attended by thousands of people, “We are opening the largest Cemevi of Europe that will serve the Alevi society today with the contribution of all of you, and your hard work. Alevism is here today in the hope that it will be auspicious as a Cemevi serving the people of this Cemevi, the people of the Alevis and helping all the oppressed people in the world, with peaceful, brotherly, loving and without making human discrimination, we will cut this ribbon with our beloved gülbank and those who carry the beliefs of Alevis. “The opening ribbon was cut off after Kaplan read the gülbank.

After cutting the ribbon, many of the visitors were left unseated at the hall where the opening ceremony and speeches were to be held due to the high interest of visitors.

The hall which has a capacity of 1.300 seats filled up very quickly. The program started with Semah performed by Cemevi Children Semah school and a semah group of 10 under the management of Saffet Yörüker.

The first speech was made by Haringey Mayor Stephen Mann. Mann spoke of the achievements of the Alevi community in his speech. “We are pleased to welcome you to Haringey,” Mann said, expressing gratitude for serving Europe’s largest cemevi in the region.

Hüseyin Mat, Chairman of the Confederation of European Alevi Unions (AABK), expressed that Alevis, who has been lobbying in Europe for decades, has accomplished many successes with unity and cooperation. Hornsey deputy Catherine West of the British Parliament, Enfield North Deputy and British Alevi Secretary Joan Ryan also spoke. Both the deputies talked about the Alevi community and their activities in the UK, and have also stated they would be on their side in the political stance of Turkey.

Citizens UK President Neil Jameson expressed his respect for the religious beliefs of every part of the United Kingdom and thanked Ruhi Altun, who has made great efforts to get the curriculum in Alevi schools by inviting him on the stage.

Neriman Kalayci who attended the opening ceremony as a representative of the institution that awarded successful students in the UK founded by Queen II Elizabeths husband the Duke of Edinburgh Philip Mountbatten, talked about their services.

“WE DIE AS ONE, RISE AS THOUSANDS”

The president of the British Alevi Federation, Israfil Erbil said: “The Pir Sultans said we will die as one, rise as thousands, our instruments Saz they burned in Sivas is now on the backs of the young in Europe.” He also thanked those that helped in the construction of the centre.

Finally, the UK AKM and Cemevi President Tugay Hurman, who spoke last, made his speech with the members of the board of directors he invited. The Hurman talked about the history of Cemevi in England and explained the activities held. Hurman voicing that they are grateful to everyone in the construction of the new Cemevi building, saying, “I kiss you from all your hands,” showing his respect. “You’d be amazed if we could explain what we’ve been through these past ten days’ before the opening,” Hurman said, Britains in Alevi won’t give up against what they’ve been through and that they will carry on to strive against bad encounters against them.

The opening of the new Cemevi building was preceded by a dinner party with hundreds of people attending the previous evening. The income from the night will be used for the needs of the Cemevi.

Hundreds of people took part in the Semah for unity on the opening ceremony night. Many Alevis came along from different parts of Europe walked the erkan alongside their granddads. The Cem worship that took place in the huge hall was done in awe.